The largest trophy in all of pinball patiently awaits for its winner! Standing 6 foot and 3 inches, this trophy along with $1100 cash and over 30 WPPRS will go home with the winner of the 2021 Delaware Tour Championship being held on 12/11!

40 players will battle it out using the circuit finals format to declare the overall winner! Over $3000 in cash to hand out!

Starting in 2022, the Delaware Pinball Collective will become the official home for all of the events run by First State Flippers including member only events! So don’t delay, hop over to The Only Pinball Social Club in Delaware

and get your membership today before they are all gone! 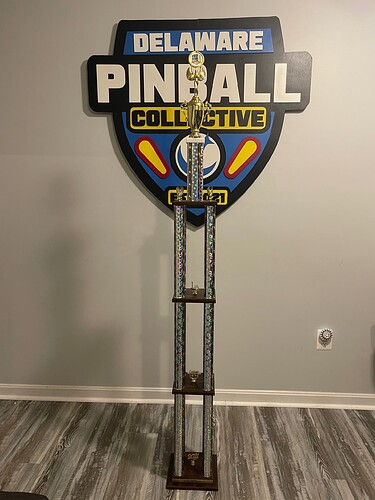 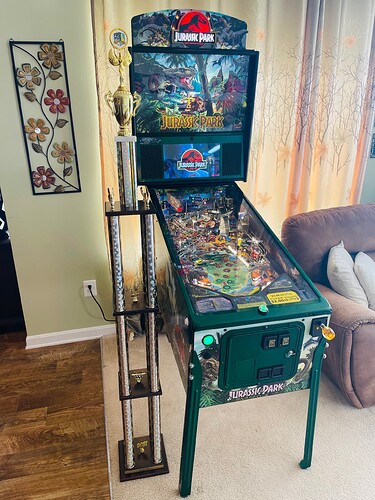 The 2021 Delaware Tour Championships is in the books, and the event lived up to the hype! This event took place at the brand new Delaware Pinball Collective and the format used mimics the old Stern Pro Circuit Finals where the first 2 rounds are 4-player match play across 4 games until only 10 players remain and then it switches to the ladder format.

Thanks to everyone who attended today. We had over $3500 in cash and prizes to hand out for a local event!!! 40 players made up the field and it should be worth 30 WPPRS to the winner. IFPA results have already been submitted!

The ladder finals produced a ton of great matches, but the excitement came down to the final match up of Rob DeStasio versus Jason Zahler in a best of 3 format. Rob won game #1 on Eight Ball with Jason taking game #2 on Aerosmith. The final game was an epic battle on Williams Grand Prix with Rob just barely edging out Jason 843,980 to 840,460!!!

Congratulations to all the winners! 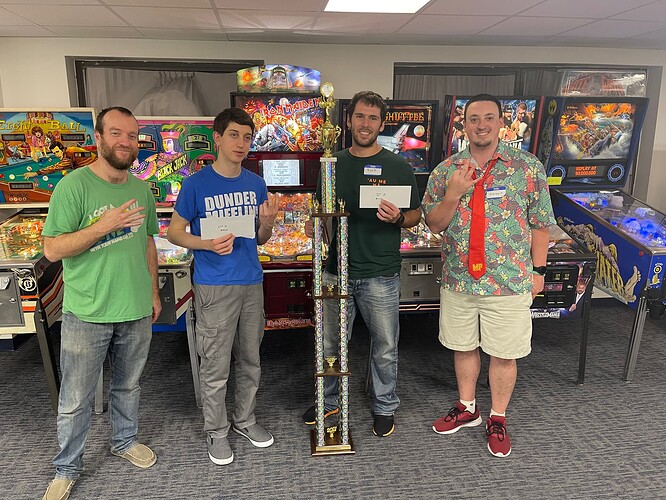