Or maybe just shared? I imagine it’s small enough that writing a JavaScript implementation wouldn’t be too much work

Perhaps it’s a difference in how matches are seeded. I basically bunch people up in order of strikes (I guess that’s Swiss). What does matchplay do (specifically, if known)?

What does “balanced” do? @haugstrup?

Or maybe just shared? I imagine it’s small enough that writing a JavaScript implementation wouldn’t be too much work

I said I would share it, just wanted to clean it up a little. It was stream-of-conciousness c just to get it done.

What does “balanced” do? @haugstrup?

I said I would share it, just wanted to clean it up a little. It was stream-of-conciousness c just to get it done.

My apologies! I was definitely skimming this thread rather than reading it.

These are interesting stats! I wanted to see how player skill distribution would affect things so I ran some simulations for the “Trent’s Barn” scenario as well.

I generated the player pool using a normal distribution to assign each player a ‘skill’ level that controls their chances of beating another player. With a basic normal distribution and swiss seeding, my results are pretty similar to @keefer’s for progressive strikes (ie, the event typically takes about 24-25 rounds to finish). However, things get interesting if I mix in an additional variable: “Number of ‘Pro’ players” (a “pro” player is basically an outlier that has about a 75% chance of winning any given match versus non-pro players). The results really highlight how two high skill players battling it out for one strike at a time can really draw out the end of the tournament:

You are correct about that!

Really really late edit: This should work without issue as-is on both win64 and linux (tested same file on both). For win64 make sure you start a console project.

Worth reading for the comments alone

Ran the tournament the other day, a real one!

Went for 10 rounds… Had a couple of players that had really good runs, running the sims shows that it should be 8/9 almost all the time.
Lasted about 4 hours 15 minutes…
think it would be done in 3.5 hours if I took some long players out (Spiderman/Hobbit games went forever)

Lots of great feedback from players about the format.

I added player David Johnston NZ after the first round, as he was late, and gave him 2 strikes. Apparently there is a bug in Matchplay as he lasted longer in the comp than some others but matchplay ranked him as 26th.

Thanks again to Keith and Andreas.

Based on tonight’s warm up tournament at Trent’s barn, the rounds lasted about 40 minutes each. Figure that into the forecasts for tomorrow’s 24 strike main event and it’s going to be a very long day.

Confirmed. Tilts are now in Simpson’s, both walking deads, and monster bash.

I hope that helps. Haha. Nice playing with you John!

At least 4 hours of that consisted of Rosa delays.

Actual number of rounds for now. If we’re able to get an EV table built for this we’ll add it to the TGP Guide down the road.

Careful what you wish/ask for!

So Josh basically asked if I could help with this project, so we’re about to turn x-strikes on its head.

I’ve updated the simulator to generate a lot of data easily. It’ll be up to IFPA what to do with it, but I’m publishing my work here for transparency’s sake. Just the program for now, if Josh agrees I’ll put up the data generated as well. There were definitely some wacky/unexpected findings, however.

The program runs differently now, it uses command line switches so you can put arguments in any order. New additions include being able to set the number of strikes from command line (instead of having to compile), being able to limit group sizes (when possible; 3p groups are split into 1 or 2 2p if necessary and 2p groups are 1 3p if necessary), being able to specify a range of players to simulate at once, and the ability to summarize into an excel-friendly format. All of this was extremely necessary to provide the IFPA with the data they require to accurately judge event TGP.

Ultimately, this is probably not extremely useful to a large number of people, but if anyone wants to audit my work, they can. I’m 99.94% confident. Same terms as before, public domain, attribution nice. 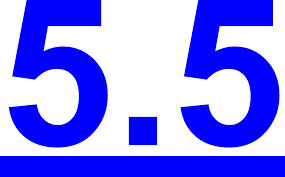 Do not know if you need anymore info but at circuit event we did a classics 9 strike tourney at OBX Flippers, here is link

ohhhh i like how there is a substantial difference if your 4 players group knock out has either bottom 2 or only last players in groups of 3 getting a strike!

So knockout formats will no longer grade out to 100%?

So knockout formats will no longer grade out to 100%?

Depends on the number of players and number of strikes.

As everyone knows strike events often come down to a bunch of 2 and 3 player groups as the field gets dwindled down.

Previously all those rounds enjoyed the 2x bonus and @keefer was able to drill down to better estimate the number of rounds with 2/3 player groups.

This is a more accurate grading for group knockouts BY FAR.

Okay. I was just asking because everything listed in the 5.5 rules only goes to 25 games and I thought to grade out to 100% TGP you needed 26 games.