I might get a apple watch to goof off with. I can’t imagine using one personally until they can replace my iPhone.

Cool! I like seeing the other information like player vs player stats. Also, with the SCS getting bigger, being able to see that kind of rankings would be important, too.

I wish Brian Shepherd would grow an extra pair of arms so he could type twice as fast. There’s so much potential in the IFPA API

I have device rotation to landscape working. Bob Matthews is my favorite edge case:

Also, dates and numbers are being run through the localization facility properly:

I haven’t been able to find a library anywhere that localizes ordinal abbreviations, such as converting “1st” to 1er in french or 1.er in spanish. So, the “xyz rank” and “xyz value” is staying.

this is now available on Google Play
https://play.google.com/store/apps/details?id=net.perspiratron.ifpaprofile

New things I added:
You can sort and filter a player’s tournament resume by most recent results, by active results sorted by date or by points, by current or original points, and alphabetical order.

The events calendar now has a calendar button that lets you add an event to your device’s calendar, and there is a setting available in the calendar to change the search radius for finding events near/far from you.

Additionally, for tournament directors, the search results show the IFPA IDs if you need that info too:

You need at least the 4.0.3 version of Android to install this.

Known issues:
If you have some out of the ordinary location settings on your device, the events calendar may never load. I may need to rework how GPS vs Network location providers are determined.
There also may be an app error upon trying to load a player profile - I only saw this 5% of the time in the emulator and never on my device and I suspect it that if it is a real bug that it is due to slow emulator performance.
I’m only have 2 of the 6527 supported devices to test with, so I’m hoping that if you encounter a bug that you can submit an error report.
I need some validation and feedback that it mostly works before it’s more broadly announced.
Thanks in advance for trying it out!

One thing I noticed is that whenever the Austrian flag is supposed to show, it’s the US flag instead.

thank you. do you have an example of where it isn’t showing?

Example: search for “Markus Stix”. Country says “Austria”, but it shows a US flag.

correct! somehow out of the 200+ country flags I packaged in there, Austria is not in the list.

so, my experience has been that Android has traditionally been more popular in Europe and I just uploaded 1.1 that displays the Austrian flag, has the correct display of kilometers versus miles in the app settings, better supports tablets by using larger font sizes on the stats views, and has a probable fix for the potential crash that I mentioned earlier (async load of JSON was happening in the wrong callback leading to a race condition)

If you have auto-updates of app upgrades turned on, it will install eventually, but will take a few hours for the 1.1 APK to appear:
Access IFPA in Google Play Store

Another thing I noticed is this:

As far as I can tell, the “Championship Series” part of a player profile includes only US states, Canada provinces, and the general Europe series, but there’s a bunch of EU countries running their own series, just like US states would, and hopefully there will be some more in the near future. Those don’t seem to show up in the player profiles, and it would be pretty nice if they would.

P.S.: While checking out whether “provinces” was the right word for Canada, I stumbled upon this image on wikipedia, which would make for a pretty nice playfield.

I know some of the IFPA Championship Series don’t include a database filter, and that’s what we need in order to tag it as part of the player profiles.

Great app! In the settings tab, could I get a dropdown list to manually select my preferred country (since I don’t always have my GPS on, and I don’t allow Google to use WiFi to determine my location)?

Thanks. Yes, I need to better handle how locations are provided to the events search.

version 1.2 should be available soon to your device and allows you to search for events in different cities as well as working better when you don’t have location services turned on:

this is what it looks like if you are in Boise

the denizen of Boise wonders if Omaha has pinball and selects the city field to change cities. Cities are autocompleted in a dropdown to select and results are loaded:

now if you want to have events shown near you instead of Omaha (your last search is saved), you go into the settings:

even if you turn off Location features on your phone, this is using the Google location services API which still has an idea of where your last location was from, at least, an hour ago. if you have never shared your location with Google’s location services since your phone has powered on, this is what you will see:

I think that covers it.

version 1.3 should be available now and fixes the error message about the Places API (needed to generate a second ‘browser key’ instead of a ‘android application key’ that I used during development), as well as removing the unneeded permission to write to external storage (seemingly mistakenly added by the latest version of google’s play services library). let me know if you run into problems using it.

hi
I’ve made the app open-source (except for my API and publishing keys)
It’s GPLv3 and you’ll have to open-source your improvements (or else).
Or send in a pull request to add features, and I’ll look into adding them 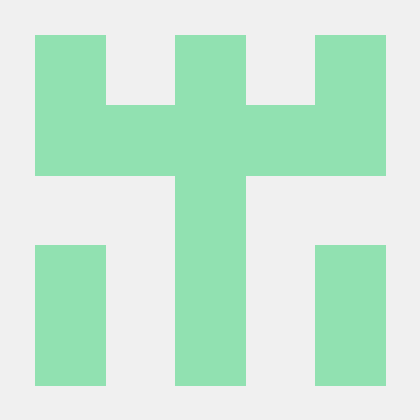 Cool. Just installed – works great. Thanks for all the work on it!