What finger/fingers do you flip with?

Some WWOP #4 discussion that Nate, Bowden and I just had . . . figured it was worth posting for a ‘lighter’ topic of discussion (you’re welcome Dunlap) 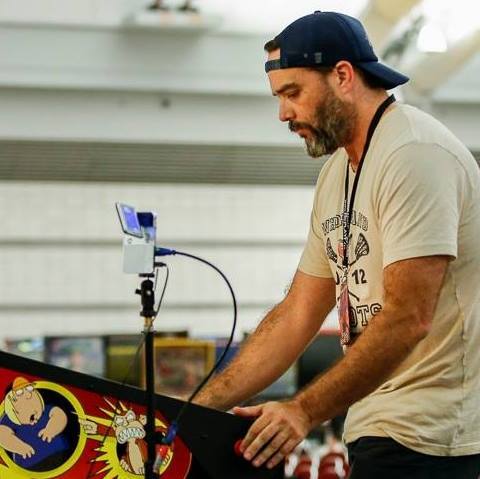 Index fingers only unless I’m trying tap passes or slap saves. Then that’s a bit of my first three fingers.

When I first started playing I naturally played with both index and middle on both hands. Once I started playing competitively I switched to middle fingers only because I figured there was less room for error with one finger instead of two. More recently I’ve adopted a hybrid with middle finger on the left and middle and index on the right. I have no idea why but it feels right I guess. My accuracy is about the same on either side so I don’t really worry about it.

Edit: And yeah for taps its 3 fingers.

Middle and ring together on a normal flip. Stage with ring finger and press down with middle.

No beneficial logic to it that I can think of…just how I play. I can quickly stage if I need to and I guess that’s a benefit

Middle finger easier to stage because it’s closer to the base of your finger which requires less motor skill to keep consistent pressure. I tend to cup my hand for staging.

I’m pretty sure REG uses his index, middle, AND ring on both flippers. He definitely uses more than two from what I’ve seen.

I’ve never even thought about it, but I just noticed I do index + middle on right and index-only on left which seems weird. Flat across all fingers for tapping, and no special bracing for stage flips.

EDIT: Actually I kind of do brace my middle finger against my ring finger when staging, but it is more about stability as opposed to that video that was going around a while ago.

I also use middle finger only on left, middle + index on the right. I am left handed if that has anything to do with it. I also have calluses on both middle fingers right at the first joint from playing so much pinball. I guess I’m not alone in that?

Yeah that’s how I stage as well

I’m a middle-fingers only guy until there are bonus buttons. Magnasave/RFM/etc, or the second set on HH get index-finger action.

I push the button with the flat of my finger rather than the tip, and I’m not sure that’s clever. It tend to hurt after a few hours, which is probably a bad sign.

Before reading this thread, I wasn’t sure. Now I feel like Linus:

(Peanuts free online comic strip library at comics.com) Peanuts has always been one of my favorite comic strips.  I don’t remember when I first saw this particular strip (first published in 1…

Used to always be middle only. Now it’s a combination of pointer and middle. Probably due to too much time playing Starship Troopers, Grand Liz, BK2K, and WCS (just kidding, no one uses the magnet on there!).

Back when I golfed competitively, I once had my opponent ask if I breathed in or out as I swung through. Thinking about that question is devastating to good play. As is thinking about this question.

I normally flip with the middle fingers. Last year I crushed my middle finger on the left hand in my garage door, and so spent a couple months playing with the index on my left and the middle on my right, rather than switch both hands to be consistent. That always made me pause and think before I started up, but once going it didn’t feel too awkward.

I’m back to middle on both now, and all is right with the world.