It’s that time of year again: time to start planning your spring pinball event and tourney plans! Registration and ticket sales for TPF 2018 Wizards tournament is now open as of 7pm Nov. 2:
http://texaspinball.com/tpf/tpfstore/
Make the trip to the Dallas area for a Stern Pro Circuit event and to experience one of the best shows in the country!

The tournament is capped at the first 160 players who register, and as of this posting, 60 spots have already been claimed. It sold out the last two years prior to the event, so don’t delay. 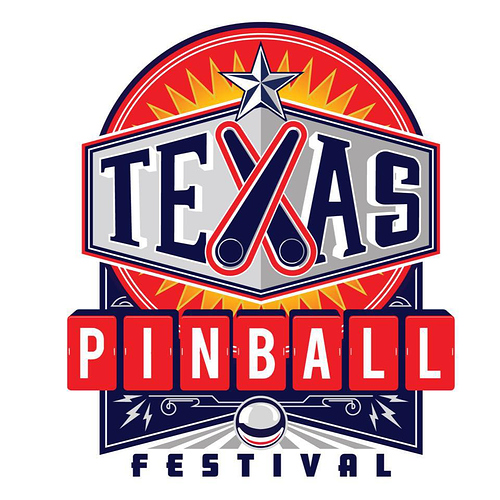 Half the tickets (80) have now been sold in the first 90 minutes.
They’re going a LOT faster than last year.

I remember the good ole days when TPF would just keep all the tournament money. Nice turnaround fellas!

Alright, got my ticket, I had a blast last year so I’m definitely returning. Last year I got the hotel kinda late in the game, so I had to stay nearby. I was hoping to snag it early this year but its already sold out, does that mean I’m SOL, or will more rooms magically “open up” later?

Room reservations in the TPF block this year required a non-refundable one night deposit if I read the booking correctly. I’m expecting this means even fewer last-minute rooms available than prior years.

Thanks again to everyone that has taken on new responsibilities and made this one of the best tourneys in the US for the last few years!

I was hoping to snag it early this year but its already sold out, does that mean I’m SOL, or will more rooms magically “open up” later?

For TPF, snagging an on-site hotel room means booking within a couple weeks after of the prior year’s event (!!). There was a post about the room block being available for 2018 on April 4, 2017 – and the block was sold out quickly, even with the deposit that @Law noted. Yes, it’s that popular a show that the on-site hotel rooms get booked nearly 12 months in advance.

The TPF staff continues to work with nearby (some walking distance) hotels to get more room blocks. Be sure to stay plugged into the TPF Facebook page and the TPF website:

Only 45 left around 12 hours later. Wow! Thank you to all of the players who are excited to play competitive pinball and putting their faith in the team to organize a great tournament.

** NOTE: similar to the last two years, the Main (Wizards) finals will be held on Saturday evening. **

Some revised schedule information that isn’t on the website yet that incorporates the side tourney aspects: I highly recommend being there for all of Friday.

It’s the final countdown! Only 9 left. Get ‘em before they’re gone!

Sold Out! Looking forward to seeing a whole bunch of you at TPF in March.

If you’re attending, please consider volunteering, and playing a bunch of Classics side entries for free!

To all of those that are going to experience the awesomeness that is Texas Pinball Festival next weekend, would you please consider volunteering for a Scorekeeper or Tourney Registration Desk time slot? Volunteers are compensated with either $10 of Classics side entries for every hour they volunteer, or compensated with TPF swag according to the TPF website (http://texaspinball.com/tpf/volunteer/), along with my eternal gratitude. Sign up here: http://www.signupgenius.com/go/10c0844acae2da2f94…

Interesting. Why is TNA not considered “modern”?

Interesting. Why is TNA not considered “modern”?

Guess it resembles SS games more than modern? Wonder how it will be treated at Pinburgh.

Why is TNA not considered “modern”?

I am not sure i would consider it a pinball machine!

Legit question. Ignoring the implementation detail of electronics vs relays and switch stacks (which are not relevant for game play), Pabst is derived from an actual EM game, retaining most of the original game’s playfield elements and general rules, albeit tweaked a bit. I think it’s fair to call this one an EM-era design.

Would you call a Capcom Breakshot an EM-era game? It portrays itself that way.

TNA was designed from scratch within the past couple years. It may be “retro” styled, but is not based on any existing SS playfield, and has no SS pedigree except the 7-digit scoring displays. Sorry, I can’t justify this one as anything but “modern”.

Wonder how it will be treated at Pinburgh.

What year was it made? End of conversation.

The only thing that might push Can Crusher into the EM category is its score reels. As others have mentioned, there are a few games with solid-state electronics and score reels, and they’ve all ended up in the EM sets.