That fantastic first ball five minutes before the location closes... 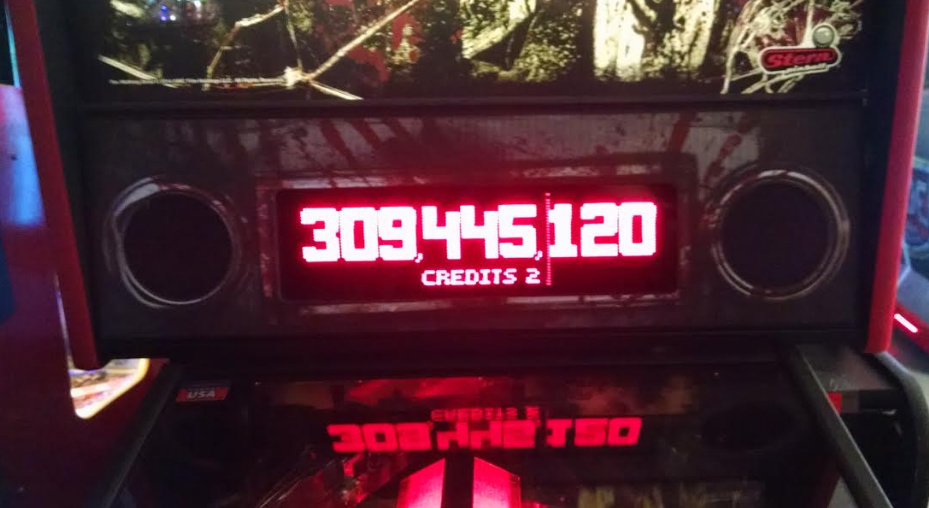 Of course I completely destroy a game and qualify multiple wizard modes on ball one with only a couple minutes left before the place closes and they flip the breakers on me. First time I’ve requalified bloodbath while it was running, even!

I ended up tilting out a four-ball stacked multiball and the subsequent three balls just to get my initials up (combo champ, Riot champ at 121 mil) with half a minute before the lights went out. Trent and Josh can keep their initials at 360 and 340… for now…

Well, there’s always next time, right? Any other “Had fun, gotta bail!” stories?

Had a an evening appointment a few months ago and decided to have dinner at a pub before that. Got there and found a Pirates of the Caribbean standing in a corner. Ate dinner and had some time to spare, so started a game. That game went well. So well that, on ball one, I collected two extra balls and 243 million before I drained. I looked at my watch and realised that I really had to leave for my appointment. So, I left the machine with the first of the two stacked extra balls sitting in the shooter lane, and the display showing “Ball 1” and 243+ million…

At least you walked out of there knowing how bad you are!

So I used to work at a movie theater in downtown Portland. After working the late shift and getting off around 1am, sometimes I’d walk over to Ground Kontrol to play some games and then catch the last bus home at around 2am. One day I was grinding on Drac, not having much luck because you know, Drac, and they give me a heads up that they’re closing in 15 minutes. I had enough time for a few more games before I had to go catch my bus.

Suddenly I start putting a game together. Hitting both ramps well, super controlled. I think it was ball 2 where I finally got the triple-stack multiball for the first time ever, and I’m just nailing castle jackpots, going nuts. At some point I remember them yelling that they were closing in 5 minutes but I can’t really remember. I do remember at some point making a conscious decision to miss my bus because I was having the best game of Drac I’d ever had and you don’t just walk away from that. I was on ball 3 with like 2 ebs, 150 mil just in bonus. Easily 2.5 bil already, GC for sure. Keep in mind that my best score to this point ever was like a few hundred million points. So I’m zoning real hard, and I figure someone will come up and ask me to leave and I can just drain my balls and get my GC. Nope. Flipped the breakers on me. I’m not a big yeller, but it must have sounded like I got shot. I definitely don’t blame the people working there, but it still sucked.

Thankfully a friend gave me a ride home. I think there’s definitely a psychological factor in having literally no expectations for a game because you don’t think you’ll get to finish it anyway. I’ve had some really good games last second at places that were closing or before so had to leave.

I was playing at a friends house and had crushed his GC score.
I was player 1, he was player 2. When it came to his last ball he simply switched the machine off to stop me entering my initials.
Since then all of his machines have had high score entry disabled.