Center button for outlane Magnasave is going to take some getting used to.

Not that I’ve been waiting specifically for a BK3 pin, but yes–A unique theme with great music–I am excited! I am worried about that spinning weapon breaking, but otherwise a skilled ball save and the upper flipper loop that reminds me of the other two without being identical, I love this.

Hoping the left inlane switch has some badass rules attached to it. Force people to shatz!

Although I wish the artwork would have matched the toy in depicting the BK wielding a flail instead of sword.

Speaking of the art, what’s the magic behind the sword? Is that what controls his skeleton army? Can we get that power for ReplayFX?

Also mad props to the Black Knight toy - moving shield, spinning flail made out of the corpses of the poser Dark Knight’s cranes, and tons of LEDs for talking, showing burning rage, and (hopefully) dying an honorable death.

Lack of D&D-esque power metal aside, this game scratches a lot of itches I haven’t been able to with other pins. Looking forward to it!

When you drain, the machine says “Sorry!” with a Canadian accent?

Love that flail on the knight.

Had to laugh at this quote from the Stern site:

For the first time ever, players will explore, discover, and unlock the secrets of the Black Knight universe.

First time ever? It’s a sequel to a sequel. C’mon, man…

First time ever? It’s a sequel to a sequel. C’mon, man…

They don’t pay Zach to sit there and do nothing

But “Flail of Rage” doesn’t have the same ring to it.

That’s every game for me already.

VERY disappointed that the Pro won’t have the upper PF – that’s one of THE calling cards of the BK series. What a shame.

100% me too. I kind of had a feeling that would be the case after Munsters and the lower playfield, but this stings a lot more. I was dying for an upper playfield, but not dying to spend $7,599 + shipping…

Looks awesome. Love all the stainless. Will wait to judge the (upper playfield-less) pro until I play one.

This game makes me worry in a way I haven’t for decades. Have the local ops bought too many new games lately, meaning I have to wait a while to see a BK3 near me? I need more worries like this.

PLEEASE make it so you can lite the spinner and rip it and it plays a progressive/dynamic spinner sound like the original BK! My favorite shot in pinball to this day.

Looking forward to trying out the game.

He has a very difficult time pronouncing “three” ?

Defeating him is always an exercise in repetition 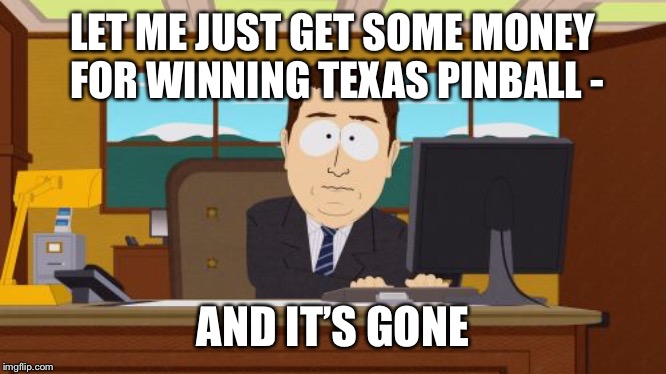 Hoping the entrance to Wizard mode is similar to that as RANSOM.
Hoping the visual and sound effect of the mystery is the same as BK2K.
Really like the upper playfield.
Not sure about the drops in the lanes…
Art is awesome as is the music.