IFPA tournament in NYC next week. We’d like to get 24 people, and we usually get around 20. So four of you better step up.

It’s big. It’s bold. It’s beautiful. And it’s coming May 27 to a Funtorium near you! Williams Army is proud to present the dynamic new Steve Ritchie SUPER-widebody sensation at the offical FUNTORIUM STELLAR WARS LAUNCH PARTY IFPA tournament. Be among the first to play this amazing machine as you match-play battle the finest area players on a mix of classic and modern pinball machines, culminating on a final fracas in the stars on Stellar Wars. The universe will be watching as this intergalactic brouhaha is transmited across the galaxy via Timballs Twitch. Tiebreakers will be settled on Stellar Wars. Also, there will be a no-TGP, winner take all one-ball $$$$$ grab side tournament on Stellar Wars. Three banks of drop targets. Two spinners. Five Pop Bumpers. Four inlanes. One captive ball. 30 inches. One machine: STELLAR WARS!

$25 to enter full payout to top 5 or so minus trophy expenses. All games are on FREE PLAY so no coin drop.

Yeah, Stellar Wars didn’t have a proper launch party back in the day. Thanks for correcting this historical pockmark.

I hope that spinner is dialed, just In case anybody manages to clear the upper right 3-bank drop targets three times in a single ball and lights the spinner. #LoppbeforeLoppwasLopp

We also have special trivia about Stellar Wars that was obtained in a secret hidden vault of pinball history! (Levi emailed Steve)

BOTH spinners are properly lubed with Radio Shack brand silicon gel and are racking up many mighty spins. All three drop target banks are recently serviced and working almost all of the time (what do you want it’s a 70s Williams).

And here is the special trivia in no particular order from Steve, from his EXCLUSIVE Stellar Wars interview with Funtorium Productions! You can see Steve is a huge fan of Stellar Wars, and also agrees with the Funtorium that Bally Widebodies are terrible because they just added a bunch of outlanes and death pits to fill up the added space (Hot doggin excepted? I gotta try that one):

I switched programmers in the middle of Stellar Wars, because the first coder was a total douche. Paul Dussault made the game much better. It was my first game after Flash, and it was slammed together in 6 months. Williams opened a second production building on Kedzie Ave to build them. Flash was the biggest thing that ever hit Williams at that point, so they thought of me as the golden goose! LAY! LAY!

we were selling the hell out of them, 5,503, according to IPDB. Being built in a different facility meant no impact on narrow body production.

I wanted the circular lights to work/look like a radar screen. The first WW was a pile. I picked it up out of the cabinet and threw in the trash. Someone had taped on letters over the spell out letters reading “Pigs in Space”. The first WW was a pig. I redrew everything in about 3 weeks on a drafting table with pencils. No AutoCAD or SolidWorks then.

My goal was always to close up the slingshots to a “normal” (SR-my normal) flipper / sling relationship. More feeds to flippers is good. Opening up more drain area is a no-no. Little things add up, and this is one of the little things. Bally sunk. Williams flew!

I wasn’t into wide bodies, especially, THAT wide. SW is still my least liked game of all I have done. The backglass and playfield art are atrocious! Connie Mitchell was a horrible artist.

I don’t really dislike Connie’s art as much as many people do but it’s hard to argue most of it doesn’t border on amateurish. Someone on RGP once likened it to the stuff you’d see scribbled on a 7th graders notebook.

I never thought Flash’s artwork was that bad. And his Death Star on Firepower is excellent. Can’t argue with Stellar Wars and Deadly Weapon though.

I never thought Flash’s artwork was that bad

His, how do you say… pièce de résistance 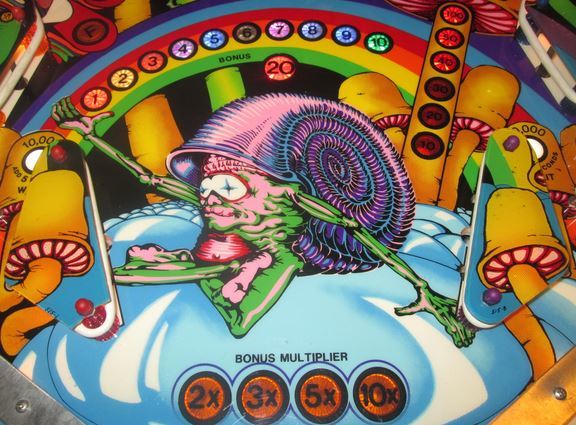 I’m gonna agree with Gizmonic that Flash artwork ain’t so bad. I like the blues and yellows and weird windows into the bizarre world of Flash!

That being said, the general consensus is that it - and most of Connie’s work - is heinous beyond belief.

I just don’t think pinball machines were the best format for his work. I certainly don’t think he’s at 7th grade level.

Connie Mitchell is a guy Tim. Constantino Mitchell. He was at Pinball Expo last year and was most definitely a dude.

ALL GLORY TO THE ACID SNAIL

If this fabulous schwag and prizes don’t tempt ya…you must be dead inside!!! 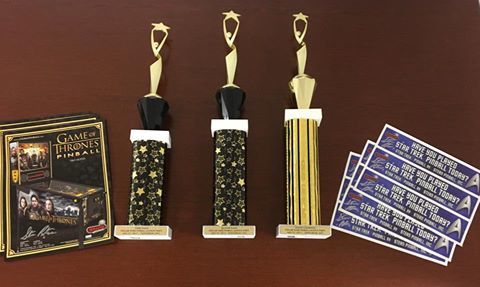