Anyone have a clue where these points come from? Score jumps from 24M to 45M. Only Bing MB is active.

Score jumps before the drain.

Maybe extra ball or special lights are out?

I wondered about the EB light out concept too since there is a spinner shot, but thought there is still something amiss:

EB light was working later in the game when Karl scored it.

or special lights are out?

Does Special award points in Sopranos when set to comp mode?

Only Bing MB is active.

And post-clip, the DMD showed that his Bing MB total was only a bit higher than a paltry 1M points.

I tested earlier today, Special is worth 25M when set to points.

As far as I can tell, this seems like a bug? Before the clip, Matt drains out of Stugots with the super lit and Bing Party started. The boat releases the trapped ball, and this counts for his last switch to start Bing…? Maybe something weird happened because of this?

Perhaps. That is a pretty unique situation.
I also looked at his Rank progress – only had Associate, which is merely Double Shakedown. I’m not aware of any rank that doubles the mode-start lane. (my theory was a doubled EB value)
Because even if the game somehow awarded a mystery EB (which it shouldn’t because (a) mystery Pork awards aren’t available during MB, and (b) mystery awards shouldn’t award an EB in comp settings), an EB is only worth 10M.

Specials are worth 25M?!? Wow. How do you light Special in comp settings?

Specials are worth 25M?!? Wow. How do you light Special in comp settings?

Looks like completing 3 episodes will light Special (is it reflexive?). You actually have to complete them, you can’t time them out. This includes the poker video mode, you have to win for it to count. Special is set to points in the Novelty install, so it should be there if the op does the Install Novelty, Install Free Play Competition combo, or if they manually set Special Award to Points

The switch optos used on those older games didn’t age well. Flashers can trigger borderline optos. That game looks to have LEDs installed and lots of flashers are going off when the score jumps. Usually you will hear some audio clue the opto is acting up, but not always. Listening to the audio when it happens may give a clue.

Jim and company are the best as far as setup goes, but for huge quick scores increases on Whitestar games, those optos are always suspect.

The tilt bug sucks on this too. I stopped using it in comp due to that.

So are we pretty sure it was a special?

I don’t think it is a Special, Special is 25M and the score jumped by only 20M (along with the fact that no modes are complete, the game is in comp mode so not from mystery, etc.). I think @phishrace is right that some sort of opto issue is the most likely culprit.

lets not let all the secrets out now.

If this were a hot/cold hunt you guys would be in Antarctica.

Looky there boys, Sopranos Exploit remains intact for the GOBs’! 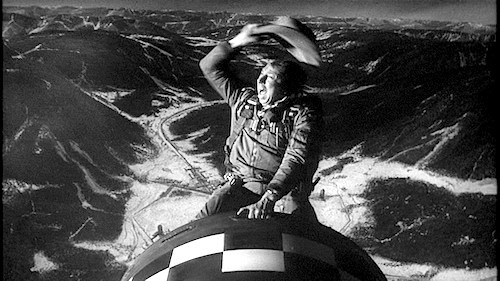 This would explain why I’ve never seen you score lower than 20 mil on Soprano’s . . . looking forward to you pulling this out in a really important moment someday.

I figured someone in the GOB club would know the answer.

Signed,
A person who doesn’t mind the cold

What is the tilt bug?

Play Sopranos last night and I think I found a bug. I had Underboss lit, tilted, and drained. Next ball I was back at Associate rank. I understand that if you make it to Boss and do not finish it, you reset your rank, but I had not even started Underboss, nor was I even close to getting Boss started. Start at one hour one minute. My game lasts about ten minutes. www.twitch.tv/videos/261481871