I posted this on FB but also figured it would be of interest here.

Here’s a couple of interesting artifacts I found while going through some old files. The first is a drawing of a very early prototype of Ripley’s Believe It Or Not. My file is labeled “XY2” which would typically mean the second prototype playfield we were going to cut. I don’t believe this version was ever actually built out, or if it was I have no documentation of it. As you can see it would have been very different, its almost a completely different game.

The second photo is (I believe) the first whitewood that was brought to demo at Stern. While it bears more similarities to the final game than the drawing, it is still pretty different. The vari-target is a captive ball, the scoop is in different place, and the upper playfield does not yet exist. 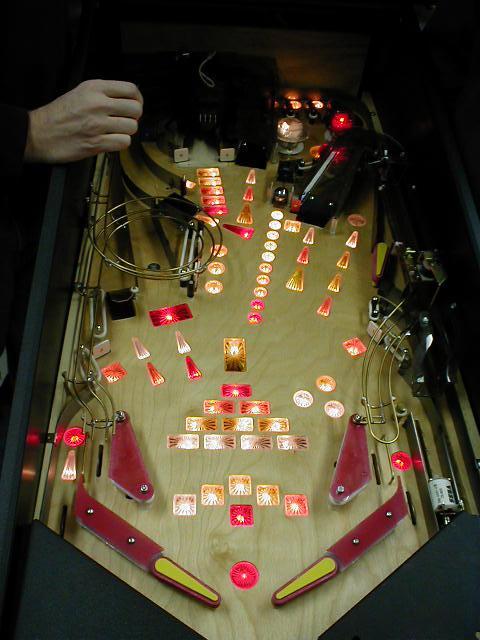 @keefer Were you still round at this point or was it after? I have the date as February 25, 2003.

One of my favorite machines. I like that they switched to the varied target with the pop up. Nice to add the lower pops too. Thank you for posting!

Yeah I was there until 10/2008. When it showed up in the play room Lyman and I played a pretty fair amount of it.

Bump for more development stories from the dark ages of pinball…