I’d love to see how the PPL players rate out.

I’d also be interested to see how the ELO ratings compare to the lifetime outscored % rankings ( http://nepl.league.papa.org/stats?leagueId=9&latest=false&sections=header,outscored ). I’d bet that they’re pretty close.

Added it to the spreadsheet!

Pretty sure you want to rank players, not ‘rate’ them. (There is a difference.)

I’m not trying to replace IFPA or the general league format with this. Not sure what makes you “pretty sure” of this.

I’m not trying to replace IFPA

That will give me a shit ton less work to do

I think the comment was a shot that even Ratings systems get looked at as “Rankings” . . . I remember PARS having that issue no matter how hard Bowen tried to explain how it WASN’T a Rankings system

I don’t agree here, although using ratings to rank is one purpose. A player can watch their own rating rise and fall relative to themselves rather than others, and point to particularly good or poor runs of play, or just an overall average growth in ability. Ratings can also be used to judge the relative strength of a group to another, or compare a current #1 to a historically-amazing #1.

It’s true that some people will look at a system like Elo and use it only to rank players, and that’s fine. Elo isn’t accurate enough to really be useful that way. It’s very useful at putting a player in a general ‘tier’ of ability, and also to see whether that player has gotten better or worse over time.

Using the average ELO of players in a division after every week, you can estimate the strength of the players in that division. The can be helpful to see when the size of your league grows, as it has in the New England Pinball League, which divisions are too difficult or too easy to reach. You can see that after season 10, the difference in skill is much greater between divisions A and B than it ever has been. Perhaps this is something that needs to be addressed?

Note: Z division used for players who do not play in at least 6 of the 8 meets in a seasons 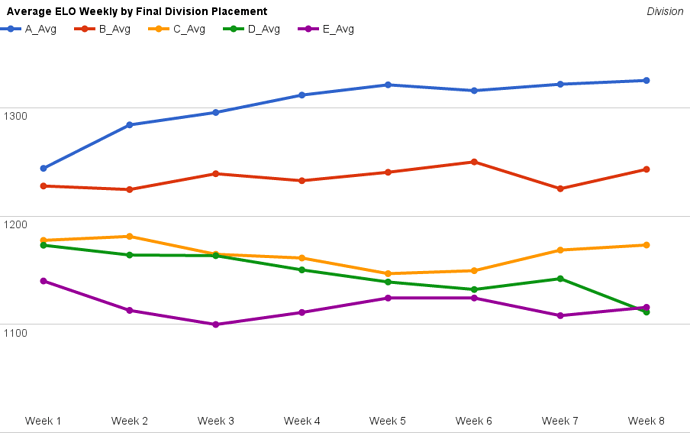 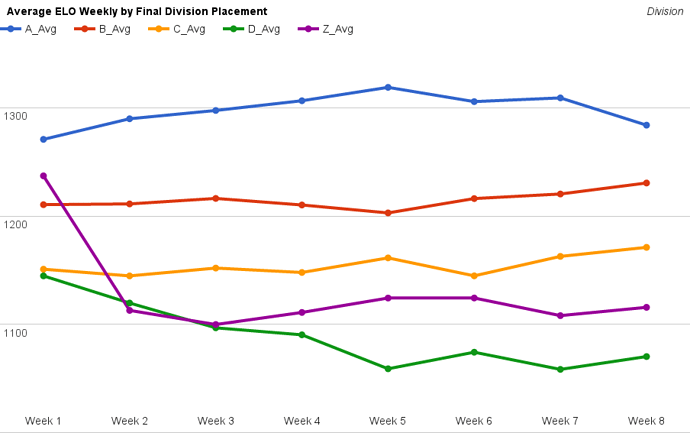 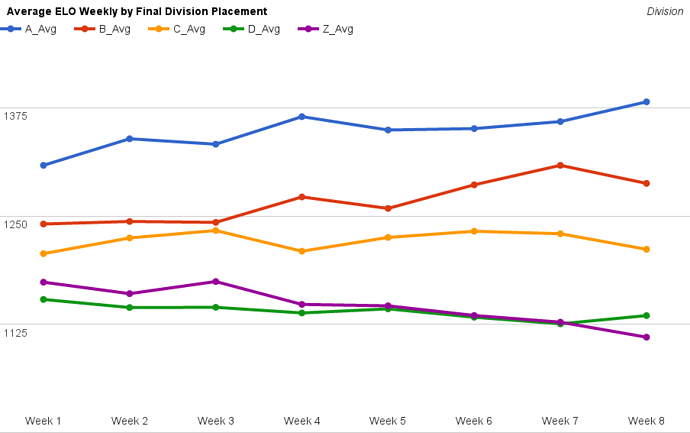 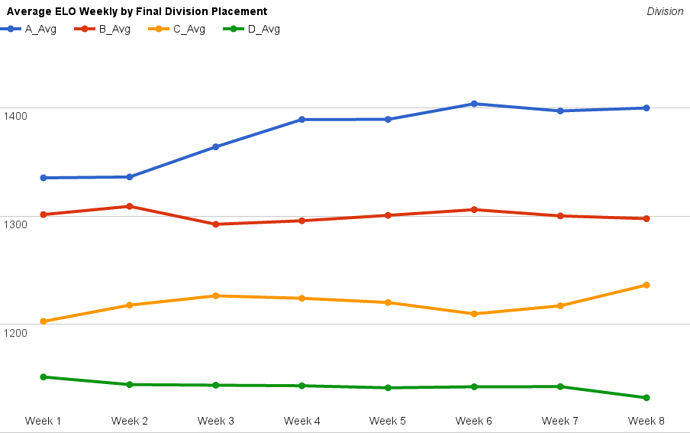 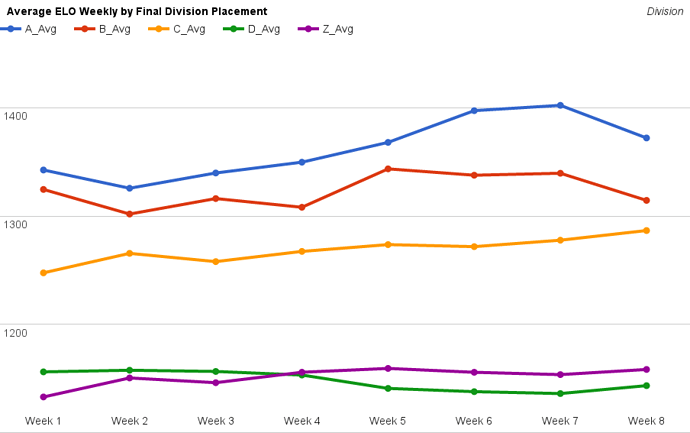 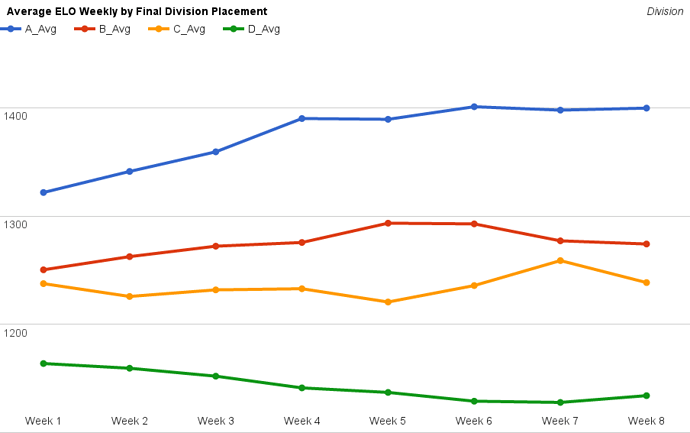 I would imagine the change of division sizes in the past few seasons has an effect on these stats. Adding a 5th division unfortunately isn’t much of an option at this point.