PAPA HQ is for sale

Scott Township, Penn. – April 2, 2017 – Replay Foundation, a 501©(3) non-profit organization, which operates the Professional & Amateur Pinball Association (PAPA) brand of tournaments, has placed the PAPA World Headquarters, a facility in Scott Township, just outside of Pittsburgh, Pennsylvania, on the market. This facility currently houses the more than 700 rare and valuable pinball and arcade games in the Replay collection.

Since its founding in 2011, Replay Foundation has operated two of the largest pinball tournaments in the world, the PAPA World Pinball Championships and the Pinburgh Match-Play Championship. In 2013, the PAPA World Headquarters, which opened for the first public PAPA event in the Pittsburgh area in 2004, was donated to Replay Foundation and used to operate these events. The Pinburgh championship quickly outgrew the PAPA World Headquarters facility and was moved to the David L. Lawrence Convention Center, as part of the annual ReplayFX event, starting in 2015.

This reduced the headquarters to hosting only one public event each year, and that event, the PAPA World Pinball Championships, has exceeded the facility’s capacity for the past several years. Consequently, the headquarters is being put up for sale on the commercial real estate market, effective immediately, with a transaction expected to close sometime after the PAPA 20 event this month. Replay Foundation will not be reducing the size of its collection, nor are there plans to discontinue the PAPA World Pinball Championships.

“We recognize that our followers have thirteen years of nostalgia and great memories of the headquarters, but the facility has hit its limits in terms of attendance and logistics, and of course parking was always a nightmare,” said Kevin Martin, chairman of Replay Foundation. “We are very optimistic about the continued growth of our events and the PAPA brand, and we look forward to making further announcements regarding PAPA 21 and next year’s Circuit Final.”

Replay Foundation promotes the preservation, restoration and enjoyment of pinball technology, with an emphasis on the player experience. Pinball machines were designed to be played, especially in competition. Operating as a private operating foundation (charitable), Replay Foundation raises funds towards its own stated goals, with excess funds being devoted to charities in the Western Pennsylvania region.

Replay Foundation operates the annual ReplayFX event at the David L. Lawrence Convention Center in Pittsburgh, Pennsylvania. Under the PAPA brand name, which is the oldest continually operating brand for pinball players, dating back to its first tournament in New York City in 1991, Replay operates the two largest pinball tournaments in the world, the PAPA World Pinball Championships and the Pinburgh Match-Play Championship. Replay also organizes the PAPA Tournament Circuit, a yearly series of pinball tournaments across the nation, which culminates in a Circuit Final event operated under the PAPA brand.

I super hate you.

Must have had a lot of pre-registrations!

You better not kick us out at 3am this year!

Given the year so far in Pittsburgh, I feel this is more appropriate.

Doors close at 3am GTFO

After missing the last three years, I sure am glad I’m going this year. I sure do love that old place… 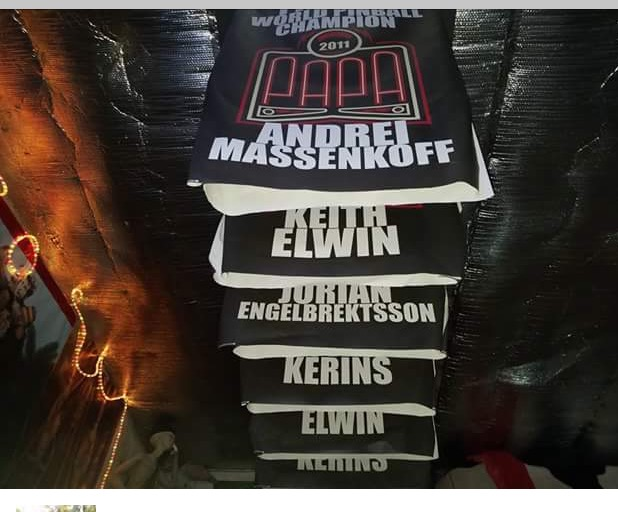 Heard they are officially renaming normalville to bannerville 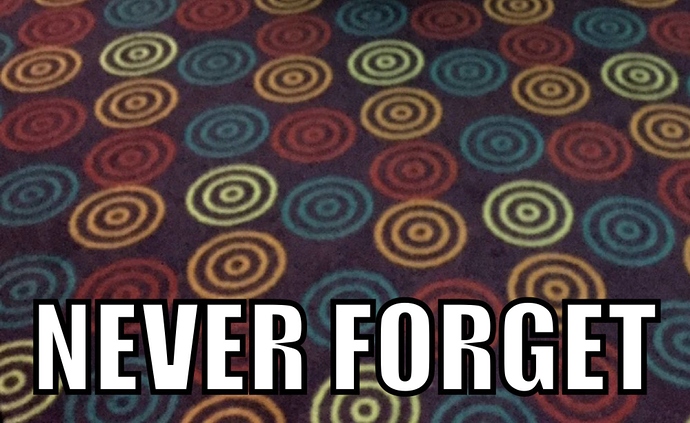 Should make PAPA door mats out of that.

can we all take a small piece of the carpet home after the last PAPA?

It’s sad in a way but the current PAPA facility is so cool now, I can’t even imagine how much cooler it’ll be given the chance to build it all again from scratch.

No lettering of any kind? Just the circle pattern? heh

How about my signed ceiling board?

Will this be the last trip to Carnegie? Raya’s what will I do without you in my life??!?!

Loved all the years we had at the facility, hopefully this lets PAPA keep doing great stuff :)!

There seems to be a lot of those Keith Elwin banners kicking around. I could take some of the extras off your hands if it makes the move easier.