@BMU awesome writing. I found it very entertaining and informative. Especially loved the part about digging through the center of the Earth

I do not think that European players generally find unlimited qualifying distasteful as such. It is true that this is rarely seen in Europe. But that may be due to tradition and the fact that tournaments are usually for one (Satur)day only.

I have heard and read some reactions to this PAPA, and the main complaint is that you had to physically sit in a (long) queue. And players, having traveled to PAPA maybe for the first time, just wanted to play some pinball instead of sitting around not playing. At least for some players that was the reason they did not put in more efforts in main divisions and classics qualifying.

Thanks for the clarification. I’ve heard both the format and the lines stated as reasons some Europeans don’t like unlimited qualifying. Since a lot of us hate the lines, too, I went with the format. [Believe it or not, I’ve been to several events in the US with worse lines than PAPA’s!] Personally, for qualifying-style events, I like something in between, e.g. a limited number of tries but more than 1 or 2 per game. But the Dutch Pinball Masters round-robin format and Pinburgh styles are the ones I like best. Those discussions are all in other threads.

And I know Martin of PN can’t afford to waste time in lines when he’s at an event where he’ll be doing a show report!

Limiting the number of allowed entries, or games played, per player may be sensible for a number of reasons. Especially with an overall attendance that leaves little worries for the prize pot.

However, it may not affect the queue lengths at all. Queues lengths are generally set by what is tolerable by average.

I saw another post suggesing expanding the number of games in the banks. But not only may this not provide a better experience when it comes to queues. It will change the nature of the tournament.

So what then? Prioritised queues maybe. Ensuring a set number of games per day or per half day with a queue privilege. Or time slots players will have to choose. But again, it may not be the same tournament with stuff like this implemented.

it’s good to have different type of event, MatchPlay at Pinburgh and Herb at PAPA. The worst part of PAPA is waiting 50% of your time in such a great facility, which some of us pay $1k+ in travel to go there, sitting on plastic chairs waiting in the queue line…
Karl queueing software would allow to optimize that, as it currently do in all other Herb format so you can watch classic finals or play some games when you are 2-5 deep in the queue. That would definitely make the PAPA Herb experience better.

From what I understand that will be solved next year. 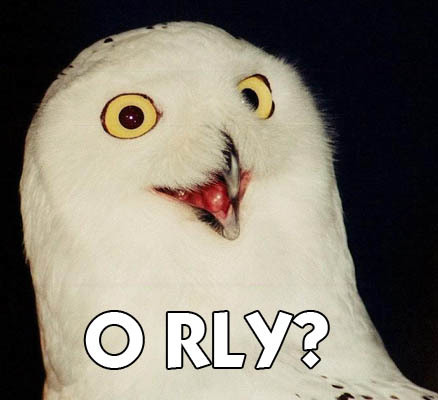 Not if you’re from Colorado (zing!)

just simplifying, 5 games on a ticket or 1 per ticket would not likely have an effect on Karl queueing software

I’ll just throw my data point into the mix:

I vastly prefer the player managed queues we have now, as compared to software or other methods of managing the lines for games. The current system is the absolute fastest way to manage a line for machines all other things being equal.

If papa adds a software queuing system, its not going to solve the wait times. All it will do imo is let players wander off and hold up the line when they cant be found/are playing classics/smoking/ doing whatever.

if papa uses a queue, I sure hope they make the scorekeepers instantly delete players from the line if they are not there immediately, no exception, instant execution. - I’ve never ever seen scorekeeprs that do this. They always feel pressured to wait just a minute, so and so is coming, theyll be right back, blah blah and get pressured to not be the bad guy.

I agree wholeheartedly about your comment re: D division lines. There were four different groups of people using one machine bank which was way too much. It was really frustrating waiting in line to qualify before cut-off with people who still had an additional day to put in their entries for regular D division.

That being said, it was my first PAPA and overall, it was a great experience.

With DTM electronic queueing, I agree that players that are not there the moment the scorekeeper looks up from finishing entering the prior player’s score should be SKIPPED. But Karl has provided a nice feature that doesn’t REMOVE a skipped player until they’ve been skipped X times (X is adjustable for the tourney admin). For PAPA, I think X=2 would be fair.

In DTM, when a player is skipped, they still remain at the top of the queue afte the next up player has been put on the pin.

it’s not just about efficiency of queueing but also overall enjoyable experience at the facility. PAPA could enforce automatic de-queuing if needed, or do the usual thing like Colin said.

In DTM, when a player is skipped, they still remain at the top of the queue afte the next up player has been put on the pin.

Yes I understand how it works. its ungodly infuriating for the next players on anyone else behind that player who doesn’t show up.

it’s not just about efficiency of queueing but also overall enjoyable experience at the facility. PAPA could enforce automatic de-queuing if needed, or do the usual thing like Colin said.

For me, and enjoyable experience at papa is participating in the tournaments there. I could give 2 flips about playing in the practice bank.

I don’t want to wait for people who have left the qualifying area to return when their name is called. It will happen, and it will be annoying.

if papa uses a queue, I sure hope they make the scorekeepers instantly delete players from the line if they are not there immediately, no exception, instant execution. - I’ve never ever seen scorekeeprs that do this. They always feel pressured to wait just a minute, so and so is coming, theyll be right back, blah blah and get pressured to not be the bad guy.

Gotta give credit to @harmon1728 at PATZ for deleting players off of a game queue who weren’t there when it was their turn. It’ll work great if it’s properly communicated to all scorekeepers and competitors.

Yeah I think the success of the queueing software relies on the scorekeepers not being “friendly”. If someone isn’t there as they are drawn, kick them the F outta line. It’s just a courtesy provided to players so they don’t have to physically wait for 45m+ on some games and can get food / use the bathroom / do other stuff, but is by no means a guarantee that they will get to play if they do anything other than physically wait.