Does playing the regular multiball scramble the code?

Seeing as multiball is not trivial to get after the first one, the powerdown strat to capitalize on a second collect bonus from multiball 1 is legit imo.

IMO The optimal strat for JM is: 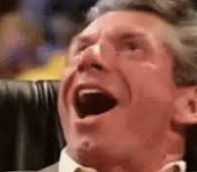 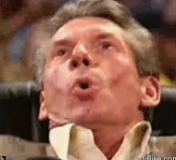 Imo ymmv on trying to get more than 3 Collect Bonuses from the grid.

Damn that would be the greatest game of Johnny ever played.

It just dumps the “Total bonus” into the next balls previous/held bonus. It just keeps building. Most people dont see it build significantly because they dont Spinner it up on more than 1 ball.

Remember though, you can’t multiply your held bonus by the 4x multiplier

This is so good. Love it.

If you really want your minds blown then take in this deep cut:

You can know the entire matrix by seeing just ONE award. Would require some pretty good memorization skills, though.

Basically, the 9 awards are in a set order, and that order never changes. So one possible grid looks like this:

The only thing the game does to “randomize” the grid is select a different starting #, basically. So if we start with 6, we get:

This gives us a couple different properties.

With that last bit, typically there is one column you want to keep your eye on. It contains Hold Bonus, Crazy Bob, and Video Mode.

If you’re going full “The Thing” as elegantly laid out by @cayle then this doesn’t matter as much, but in other cases where a decent 3x multiball would be good, you want to know where that column is. It also means in some cases, there’s a really awesome row setup (if you’re playing more casually).

Fortunately I don’t have to write this up much further, if I’ve whetted your appetite, @dbs wrote about it 14 years ago, lol.

Thanks for the link… That post mentions “older ROMS” and some machines not necessarily following the order… has that been figured out - does the version currently used in tournaments set the grid in order?

Couple other takeaways… interesting that (with other players’ help) you could possibly setup the worst multiball ever by picking the same (upper lane) jackpot 3 times. Do hold bonuses stack if your ball is removed and you re-choose that spot on locks 2 and 3? Two more rounds of multipliers if so!

Also jarring how much the term “rape” was used back then.

Do hold bonuses stack if your ball is removed and you re-choose that spot on locks 2 and 3?

Yeah if your balls are removed from the grid for any reason you can get multiple collects of the same award that you have already chosen for the same multiball.

Pro strat on location is to start a multi player game. Use player one as your “Main” where you “Do the Thing” and use the other players as ammo to unload your grid by starting multiballs. That way, you can get more collect bonus attempts.

I don’t believe the order has ever changed from what Dave posted, but I could be wrong.

I’d really like to know who has gotten a trillion on JM. I personally have not. My personal best is about a fourth of that. Don’t be shy. I know you’re out there!

If you really want your minds blown then take in this deep cut:

I’m pretty sure that when I was playing on my stream, I was consistently getting both hold bonus and award bonus in the same column, which seems to contradict this, if I’m understanding it correctly? I can try to get a clip to confirm…

Great stuff! I absolutely love this game, and really LOVE the spinner billions strat, so much so that I went opposite PAPA and juiced mine up. It’s about as fun as pinball gets IMO and I think Cayle’s post outlining how using the other game features to attempt to line up more bonus collects actually makes this game more interesting (to me) then a more “balanced” game rules wise. And FWIW, Jim and I attempted to get Soren to help with a simple software option to alter the scoring amounts for each spinner hit (something like .1 .25 .66 and full value) but he didn’t seem interested. Maybe he’ll change his mind once the thing with Planetary gets sorted out.

Also, are we sure the double bonus collect is a bug? It almost feels like a feature. You’ve held that bonus over from the previous ball, and so you’re collecting the held bonus, in addition to collecting all the bonus of the current ball including the held bonus. So yeah, bonus twice but on purpose maybe?

It is traditionally unconventional that bonus hold would be consumed in an award bonus situation. I think the situation was just not thought through in obviously more ways than 1. Normally any bonus hold (or not) would be dealt with at the start of a new ball.

It’s about as fun as pinball gets IMO

Agreed - “The Thing” on JM is what makes it fun as hell.

I’d really like to know who has gotten a trillion on JM.

Only tale I’ve ever heard is NES and MCC tag-teaming it to a Trillion on location with EB’s.

Right! I had heard that story and it’s the only case of a JM trillion I’ve heard of ever too.
I believe that duo pulled a trillion on AFM once as well (when annihilation jackpots were bigger). Crazy

Here’s what pinballhighscores.org shows (from the way back machine): 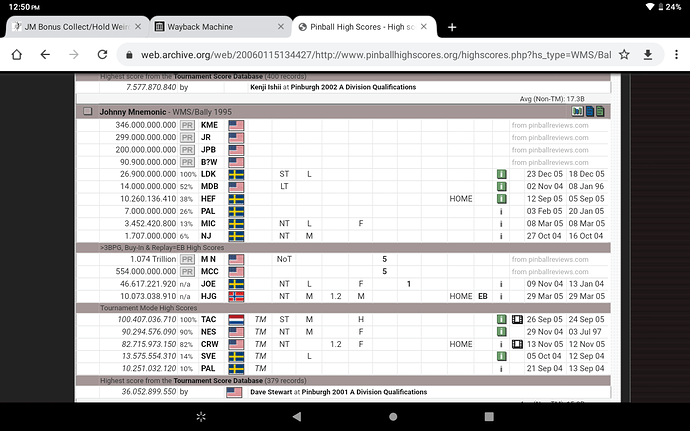 Isn’t there a bug on JM that prevents one of the “Hold Bonus” awards from working correctly during multiplayer games?