Ridiculous quality of field at INDISC this year.

Besides being an all-around awesome event, venue, and live stream… its 1st place WPPRs now considerably exceed any other non-major (that’s not attached to a major, such as PAPA Classics or DPO held prior to IFPA14). It had 42 WPPR’s added on Rank + Rating strength. For perspective, that’s 9 more than INDISC’17, and 8 more than Expo Flip-Out’17.

Further, it’s Women’s Championship garnered 27 WWPPRs for 1st place, which after looking through other Women’s events results, looks like it exceeds all but the Belles & Chimes Oakland league from 2016.

Ridiculous quality of field at INDISC this year.

Besides being an all-around awesome event, venue, and live stream… its 1st place WPPRs now considerably exceed any other non-major (that’s not attached to a major, such as PAPA Classics or DPO held prior to IFPA14). It had 42 WPPR’s added on Rank + Rating strength. For perspective, that’s 9 more than INDISC’17, and 8 more than Expo Flip-Out’17.

Next year we need your Ranking to add even more value!

Next year we need your Ranking to add even more value!

I would love to attend! My youngest son will still be in elementary school (easier to have him miss a day or two than my son in middle school), and he’s interested in attending, too. Who wouldn’t be?

Question: what’s the standard operating procedure for final standings in a situation like this where there is an A and a B, with a restriction cutoff for A?

It seems like A finals performance is taken into account, but B finals is not (ie: B players WPPRs were based on their qualifying positions).

I can’t immediately come up with a suggestion that seems like the fair way to do it. Either restricted players who didn’t qualify for B will be pushed further down in the standings, or lower qualifying B players earn less points than people they outlasted in the B Finals).

That’s right. If you restrict B division, their position freezes after qualifying for WPPRs. To change that, don’t restrict B under the current rules.

The qualifying standings rank is standard for this situation, used by other tournaments for several years. The one not-quite-exception to the rule is Pinburgh, where how you do in B playoffs matters. But the reason that’s different is that the “A” players are NOT prevented from playing in B, as is the case at INDISC and most events with a “B” division; at Pinburgh, they’re forced up into A.

People have also said there aren’t quite 60 games ready for “primetime” at the Banning facility quite yet. Judging from the fact that Karl and Jim had to bring a bunch of their own games in for INDISC, there’s strong evidence that is correct.

(I just did a quick calculation to see if my kids would be out of the house by then . . . the answer is no)

My anecdotal experience is that you can be in 8th place after Friday and if you don’t continue to improve your scores you will end up in 30th and not qualify.

Ditto. I started Saturday off in 12th and just couldn’t catch a break. I wound up with only 3 scores that day that weren’t voids (mainly trying to chase the scores that were beginning to “sag”) - and they weren’t that huge of an improvement. Wound up falling to 32rd.

It’s awesome how good everyone has gotten and how much attendance has grown.

My first INDISC was when I’d been playing competitively for four months and I qualified for B. Now that I’ve been playing for 27 months, the INDISC field has gotten so tough that I really doubt I have any chance to make it into B. And the number of B qualifiers has doubled! I would totally be happy with a C division, though there’s probably already enough chaos for the organizers.

I think we had 17 A-restricted people who didn’t make A playoffs, 4 of whom would have made B playoffs without the restriction.

If we had a C division [yes, that could be chaotic; I’ll defer to Jim and Karl on it, but I’d gauge it as highly unlikely in 2019 … further out, if we keep growing … ???], we’d have to choose a cutoff. Based on the 2018 results, I’d probably set the cutoff at a ranking somewhere between 1000 and 2000. It would also depend on how many people we took for the C playoffs. 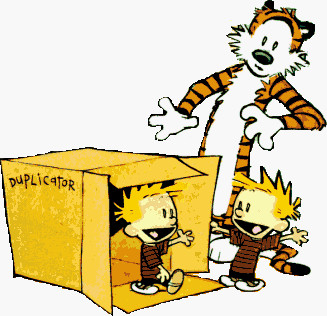 We have another thing to consider going forward: the Top 24 for the A playoffs. We had 152 players this year with enough entry games to “count,” and 189 people who played at least one game in the main bank. If we added a “C” division, that would likely add to the head count. With a C division available, it’s more likely that all 189 players would have played enough games to count, qualifying time permitting. If we got another 52 people, we’d have to expand the A playoffs beyond 24 players. That would change the timetable for the playoffs [more groups or more rounds, either way it would take longer], and would move the cut line for the B playoffs as well There could be more than just dealing with the mechanics of adding a C division involved if we went that route. Of course if we grow enough, the 24 person item will have to be addressed at some point regardless.

Just looked back at old PAPAs, PAPA 6 had A+B+C divisions with 220 players, plus the “World” division with 46 more.

So. Who is Karl and who is Jim?

For reference; the lowest qualifier in A finals scored 565 points. The lowest B qualifier scored 455 points.

In terms of per-game scores, that means to qualify for A you needed seven games where your score ranked 13th overall or better. Qualifying for B meant seven scores ranked 29th or better.