I made the Indianapolis 500 3 billion victory lap shot!

Was playing Indy 500 on TPA a few minutes ago. I wasn’t expecting to get the 3x4 Victory Lap, the closest I had ever gotten was 3x2 (I always missed the Speedway & Liteups Victory Laps). But today, everything just worked out perfectly for me and I made one of the most difficult shots in pinball.

I know it’s on the digital version and not as difficult in real life but still, I never thought I’d see the day where I see this… 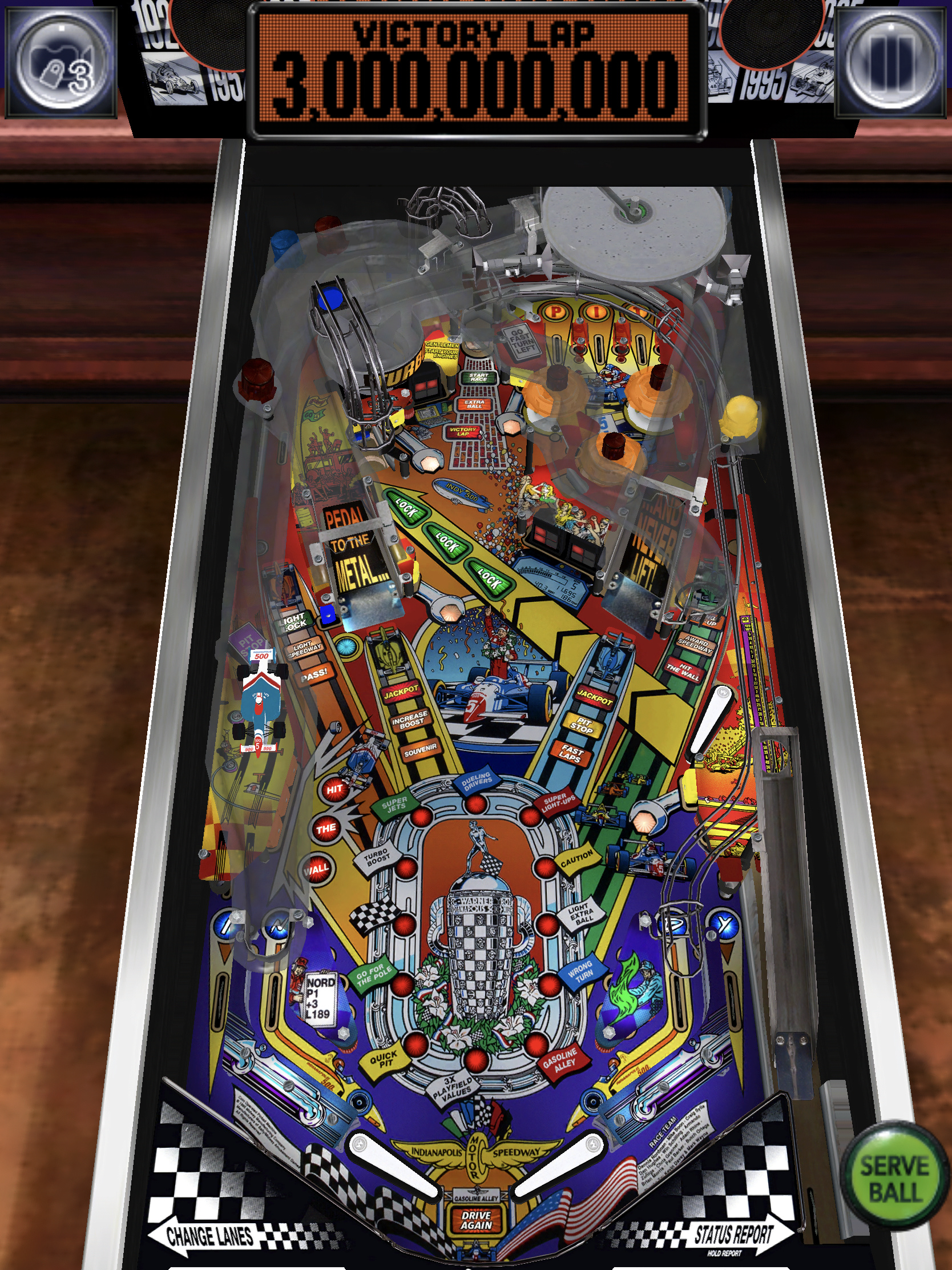 I thought there was a bug where it started showing hexadecimal?

If this is any indication the hexadecimal glitch might have been fixed in later ROMs.

I’m not going to lie, I saw this thread and almost had a heart attack.

Are we sure it’s not showing hexadecimal? What are the awards for this thing?

So here’s a write up of what I did to get this Victory Lap. The way I went towards it might have something to do with why the hexadecimal glitch wasn’t shown here.

On the TPA version (which uses the most recent ROMs, supposedly), the rules for stacking Victory Laps are a little different:

I scored the four Victory Lap stack with a 3x multiplier, so it gave me 3 billion, as you see here. Trailer Tom might have been using older ROMs on his machine.

Fair tbh. I don’t think it’s ever been documented though, has it?

Trailer Tom runs my Clash of Clans clan along with a bunch of other pinkidz. PinPin Trailer if anyone still plays that game and wants to join. Super casual. We talk pinball more than tower defense tbh.