How to prepare for Pinburgh?

Since there are so many machines, and you don’t know which ones you’re playing - it seems like studying rulesheets is kind of pointless, right?

For me, I’m much less comfortable on EMs and early solid state games, so I’m going to focus on playing as many as I can in the next few weeks (though I don’t own any).

Any other suggestions for preparing?

This is my first pinburgh, so I have no advice, but I’ll be watching this thread.

To add to discussion, does anyone know if a final game list will be posted? Currently all that’s posted is every game PAPA has…

To my knowledge they are trucking over the whole collection…

Banks are typically not revealed in advance - someone correct me if wrong…but I don’t seem to recall that ever happening before.

My best advice: location play with a variety of different era games, and one’s you haven’t played before. Try and figure out how to get the ball under control on a machine you have just stepped up to for the first time.

Also: make sure the games you do know, you know inside and out.

The things that most surprised me last year (my first pinburgh) were not pinball related. It was how strenuous it is to play 20 hours of pinball in two days. My advice:

Banks are typically not revealed in advance - someone correct me if wrong…but I don’t seem to recall that ever happening before.

Banks were indeed revealed in advance for at least the past couple Pinburghs. Not surprisingly, there were a few changes here and there between the published list and what actually got played (due to broken games and such), but for the most part the published list was correct. I haven’t seen any such list so far this year, unfortunately.

Watch what other people are doing when they play their turns. If you aren’t familiar with a game read the rule card, look around the playfield and read whats printed on the playfield. If you aren’t playing first watch what other people are doing to get a score. Also, while other people are playing look for things like kick outs, tilt settings, bounce overs working or not, feeds that are safe or not etc. Watch all of the PAPA gameplay videos. The original goal of those I think was to get a gameplay video of every machine at PAPA so a lot of what they have is there. Watch tutorials. Watch tournament videos. Last but not least, ask someone you are playing with before the game starts. They’ll probably tell you what they know or some basic idea of what to do but, maybe not in the middle of the game.

Generally, every game has the “one thing” you can do to get a decent score. If I didn’t know what the thing was, I would go around frantically asking anybody I knew so that I would hopefully have a chance at playing the game well.

Something I saw when watching people at It Never Drains was that they’d look up the rules on their mobile devices, at least where they were available. (The Walking Dead was at It Never Drains 2015, and it was too new to have any reliable rules online at that point. I do wonder why the manufacturers don’t make the rules available, but that’s a topic for another discussion.)

Be on the lookout for the game banks soon.

Any other suggestions for preparing?

Go find a concrete floor and stand on it for 12h a day. Seriously, think about packing a couple different pairs of shoes for different days… And please use deodorant / antiperspirant.

If you’ve got access to a location with games of different eras, it’s good to be practice flipper skills. Play one game on each to get the experience of a bank where you switch from older flippers to modern or vice versa.

How about a pair of those Dr. Scholls gel pads? Do they work? (I’ve never tried them myself.)

I wore them one year and they made my feet hurt. I decided not to wear them the next year and my knee’s were wrecked by the end of it all. I’m totally using them this year!

I have friends that swear by inserts. It throws me off, I need to wear the same shitty shoes I usually play in or everything feels off.

Wow, must have completely missed that! I was not there last year, but was the two previous and I guess never paid attention because I didn’t think they were revealed. Looking forward to that information this year.

Hopefully we can say hey to each other this year - you’re league blows my mind in terms of size/scale.

I can only agree with the already mentioned tips. I usually get a lot of machines I´ve neither seen nor played before, but there is almost always someone in your group who seems to know what he or she is doing.
So, just do what they do, only better!

Also, since you play so many rounds and machines it is easy to get a little nonchalant and careless, but in the end every point really counts.
So if you´re in last place with one ball to go, I´d say don´t aim for first place at that time, but rather first try to pass one player.
If you do that, then figure out what you need to do to get to second place (and so on).

Get a group of 3 other people to play a couple Pinburgh-style rounds. Try to change era of pin for the order you play the different pins.

I have a pair of shoes that I only use for playing pinball, and nothing else. They’ve got a really thick gel sole at the heel (where I tend to put most of my weight while playing).

The trick to getting shoes or inserts specifically for playing is you have to break them in before you’re going to be in them for 12 hours a day at Pinburgh (just like runner’s shoes - don’t wear them for the first time when you run that 5/10k). So buy them now, play 10 hours in them between now and Pinburgh, and you should be good to go.

(As a side note, I’ve seen people playing in Vans or other totally flat-soled shoes… I have no idea how their body isn’t an absolute mess by the end of two / three days of tournament play.)

Re: studying of table rules, I tend to focus on DMD / Late SS games that I don’t already know the rules to, and then, if they have multiball modes, the fastest way to get them. Many of the EM games have a single good shot (lit spinner, bonus multiplier and bonus), which if you don’t already know it you’ll pick up on really quick from the other players in your group.

Come find me and I’ll tell you the secret.

Is it Fireball and Red Bull?

This is how PAPA prepares for PinBurgh… 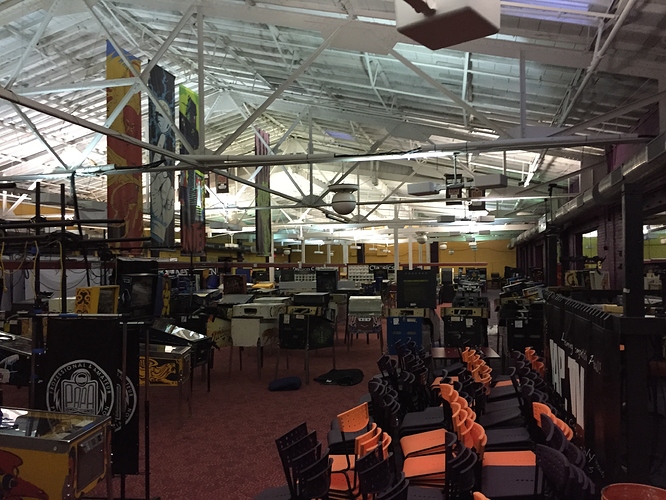 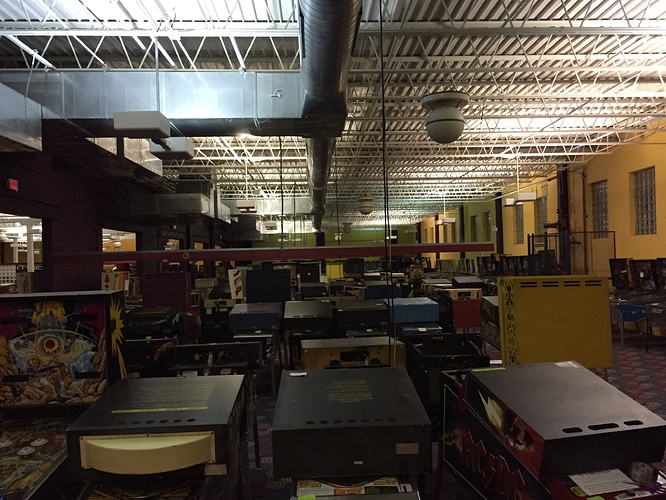 IMG_6505.jpg3264×2448 1.62 MB
About 30 machines are still heads up as they were getting tournament settings and free-play, a few others will travel with heads up because their backbones can’t be locked (to secure the backglass).
6 Likes
next page →