Woooo! Will get it installed tonight! The README lists some pretty awesome things!

I had been holding off a little on learning this game as well as I should, assuming a big code update was coming. Looks like they’re pretty set?

Very interesting that they added a setting that lets you pick up where you left off with the modes. Seems like a pretty uncommon feature, they must have determined that people aren’t getting to see as much of the game as they expected?

GOT does that with most of its modes. I was actually surprised that these modes didn’t behave similarly out of the gate.

I think Ghostbusters has always done what you’re saying about Game of Thrones-- draining or timing out a mode, then starting it again, you pick up where you left off. The new option on GB is that if you drain during a mode, it will be running on your next ball without you needing to start it again.

Some of the more complex modes seem to have “checkpoints” where you’ll resume from. For instance, if you fail during the last three shots of The Ballroom (the two hurryups then the left ramp), it’ll restart back to that checkpoint, although it’ll preserve the conditions you had at that time (e.g. what the hurryup value started at). The result is ultimately that you don’t always continue exactly where you left off.

He Slimed Me also takes another subtle cue from GoT Stark - If you had the collect lit but failed to get it, you can relight a smaller collect with only one ramp shot.

Been playing it with the new code. Honestly, it’s mostly just adjustments. It’s a pretty thin code update unless you were hoping for the mode timeout and mode continue feature. It definitely makes progressing through the game a lot easier.

The new video mode is ok. It’s far more reliable for producing points than the original mode is.

By default the game has mode timeout and mode continue options on. Slimer difficulty is medium by default.

I found a bug already (first game, actually). If you take the video mode skill shot while a mode is running (held over from draining during a mode on the previous ball), it won’t go into video mode. Instead it just awards you the 10% of your score and ejects the ball, despite saying on the screen that it’s going to award video mode.

By default the game has mode timeout and mode continue options on. 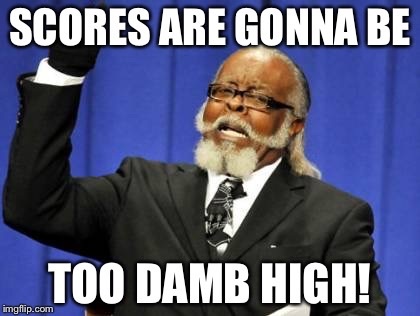 For those who have played the updated code- do you recommend that we update from 1.05? Or should we hold off?

I don’t see a real reason to hold off as most additions are adjustable. I have found a couple of bugs on skill shots, but you might as well update.

(Basing this off a Twitch stream of the latest code)

I like the mode continuation from your previous ball, but I’m pretty uneasy about the mode timeout setting. Timing out a mode will effectively end progress on that mode, and it will indeed start the next mode in that stack the next time you light it. Gozer is kind of a pain to play, and it feels pretty cheap to time it out just to play Stay-Puft. It definitely doesn’t feel like you’ve earned the right to play it.

Also, what happens if you time out the top mode in the stack? Please tell me you do not immediately light WCWSWKIA.

Where is the add a ball shot during mb?

Same place it’s always been I assume, at the left scoop/ saucer. Now you don’t need to hit the left captive two or three times to light it. It’s lit at the start of MB.

I’m finding lots of bugs in this update as I keep playing. Latest one is certain awards collected via pops not being awarded. I’m also having the ball saver light come on at incorrect times. I’ve heard that reported before, but I had never seen it until now. Basically this update makes the game lie to you a lot with all the false info on the DMD, inserts flashing improperly, and timing on the kickout sounds a little off.

I don’t plan on playing with mode continuation on or the new mode timeout feature. Remove those, and the new code actually introduced more bugs than features.

I’m gonna stream the new code today. The game is modded to have a center post. Do I go all out and get the operator to turn on the 60 second ball saver as well?

I’m seeing the same bugs as @jeff_rivera on my pro. The mis-timing of the kickouts is super annoying.

I also need to disable the mode continuation as it made the game much easier than before. Pre-update I wasn’t even able to get Mass Hysteria (I know I suck…working on playing better…) but in just one evening on the new code I got to it twice! I’m pretty certain it has to do with the add a ball being lit at the start of multiball and I’m pretty certain they upped the default amount of ball save time while in storage facility multiball too.

Will check my E rollover tonight too to see if it’s flickering also.

Sincerely (a software Engineer by trade… ),

Summary of the big changes (with my opinions):