This is interesting – an officially licensed conversion kit for FunHouse a la Bride of Pinbot 2.0. It’s made by Pedretti Gaming (who’s been manufacturing reproduction Williams parts and Pinball Brothers’ Alien). 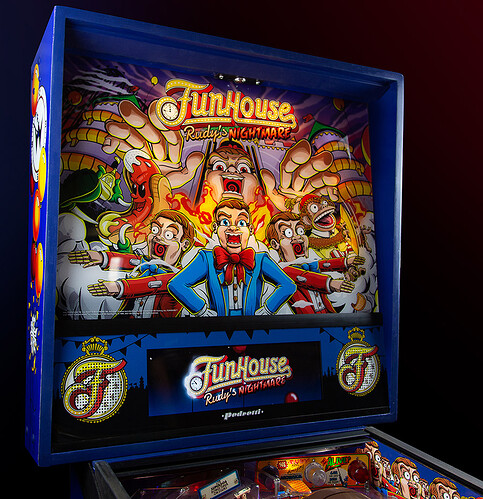 Mechanically speaking, it comes with a PinSound board, a replacement CPU, a new Mystery Mirror with an LCD display, an entirely new speaker panel with a DMD-shaped LCD display, and new backglass and interior cabinet artwork. They say the original equivalents can be reinstalled if you decide to sell it (or, I suppose, decide you don’t like the kit). 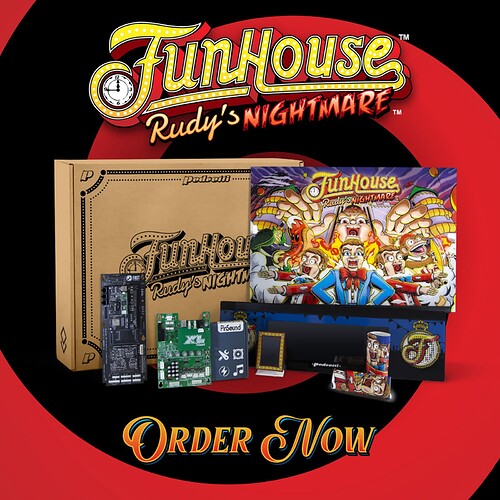 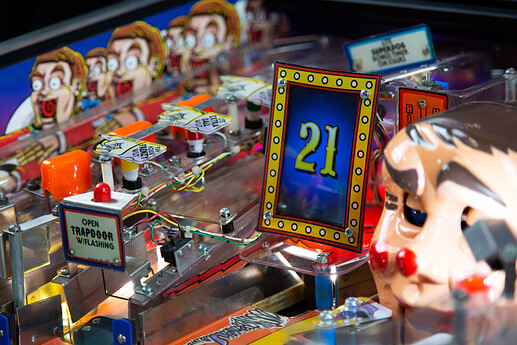 Naturally, it comes with the option to use a new ruleset with extra modes (though the original game’s rules are still there, complete with an emulation of the older score display). You can see some of the new animations/mode names in the promo video: 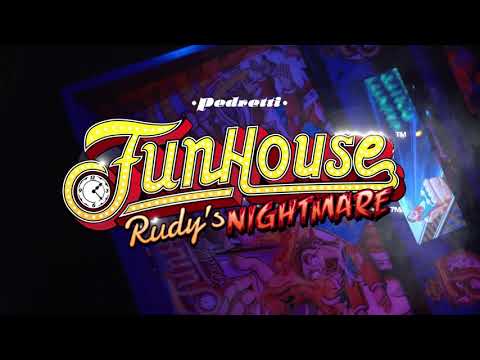 There’s officially no price yet – I’d briefly heard around $2,000, though that may be hearsay. Various distributors are taking “expressions of interest” so they can build an order list ahead of time. The first 200 get this T-shirt as a bonus: 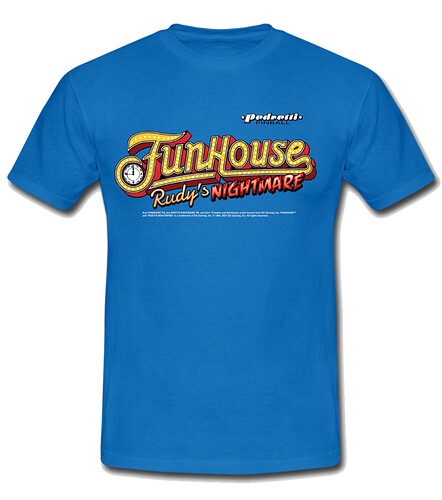 t-shirt900×1017 107 KB
(Most of this information comes from Pinball News, though there’s some other stuff I left out for brevity’s sake.)

Personally, I’m cautiously optimistic about this. FunHouse is a favorite of mine, though it gets rather repetitive over time, so I’m interested in a newer version that (hopefully) increases the game’s longevity. Also, Pedretti (and their partner Planetary Pinball Supply) plan to produce more of these “2.0” conversion kits for other Williams titles, which is rather exciting.

2k is the American price. You can preorder with Cointaker.