Just popped into my head. I’m not going to count non-specific bank shots, e.g. off the 3 right side drop targets on Paragon and up to the top somewhere for a possible letter or cliff saucer. Just true A-to-B bank shots. And I’ll separate “grazing” hits. Here are a few. Curious to see others’ ideas.

Favorite True Bank Shots:
Tron: off a TRON target [usually the “O” or “N”] into the Gem lane
TZ: off mini flipper or wall below it into Jackpot / mode start
FH: off Hotdog into mirror scoop
TOTAN: off lower left red standups to upper right red standups to complete Sesame mode
High Hand: off an opposite sling shot into the center collect saucer [for Josh]
WCS: [accidental mostly] off left side into multiball start
Countdown: off second highest blue target on right into extra ball lane at upper left
Card Whiz: off Jack target into upper right side lane

Favorite “grazes”:
WH2O: hitting one of the lock standups and then going into the lock
Beat The Clock: off left side of left bumper into bonus collect
TWD: well walker hit to prison hit and bloodbath hit to prison hit
IM: monger hit to whiplash hit

A few that jump out at me:

GoT’s right flipper to Baratheon drops into lock standups. On every GoT I’ve played, this is a MUCH safer way to shoot the lock targets.

TWD left flipper to left side of well walker to riot shot.

WCS: [accidental mostly] off left side into multiball start

This is actually first thing I thought of when I saw the thread. If the ball is on the right flipper and you can’t backhand, I will absolutely take this bank shot intentionally. I’m actually surprised with success rate.

Xenon. Hitting the 1 drop and also making the tube shot. More of a graze I guess.

Interesting is also the most punishing grazing misses. Scoleri Brothers on GB when shooting right orbit.

Aerosmith, off the “R” target into the lock.
Tron, backhand off the far left Recognizer target through the Quorra shot.

I guess if I had to pick a favorite though… 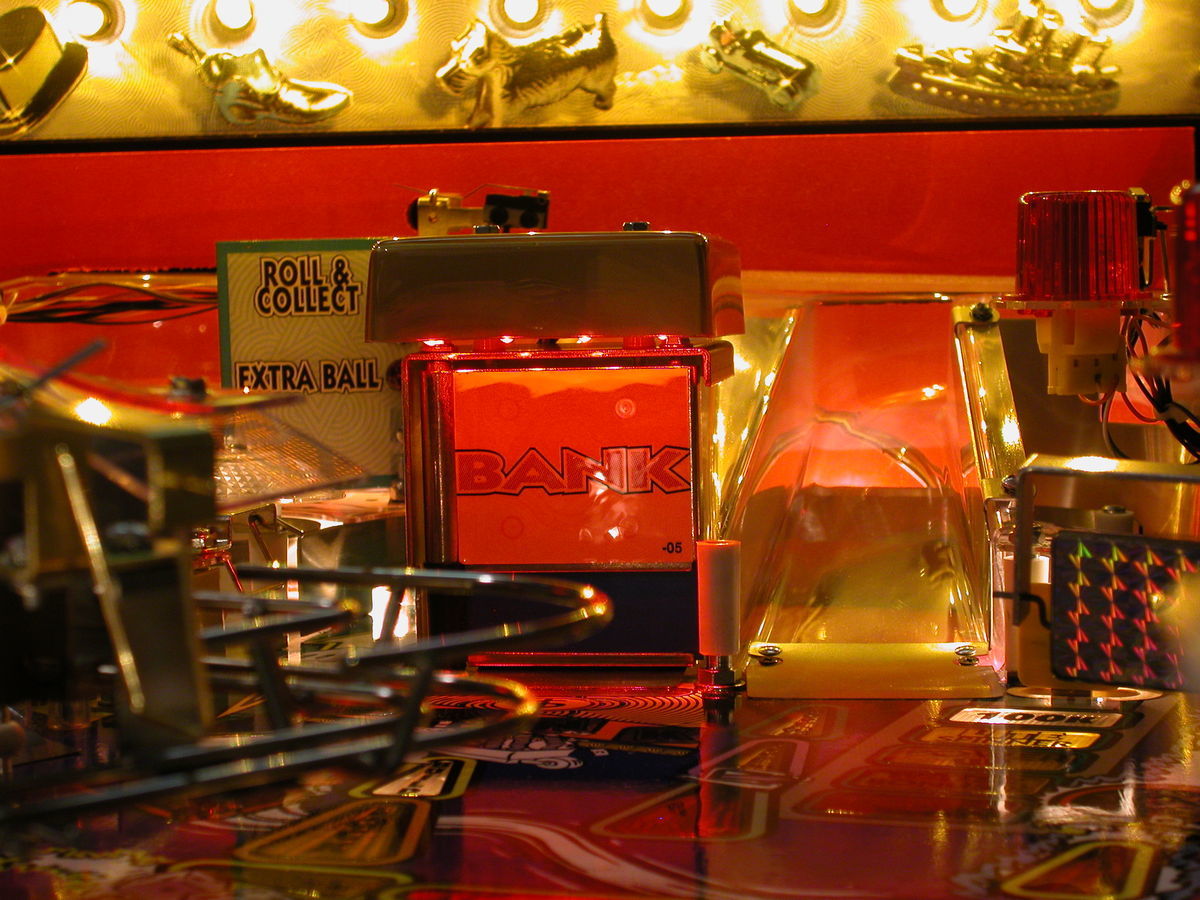 Not exactly my favorite but one that works well: Ghostbusters Terror Dog standup into Tobin’s scoop.

I500 there are 2 ways to bank it into the lock. One is via the standup along the right and the other is off the center light up targets. Not sure which one I like better.

On x-men off the brotherhood targets into rogue.

Love me some creative, satisfying bank shots.
The best are the ones that you can’t hit naturally from the flipper you’re shooting from, have a high value, and can’t be easily shot from the flipper it was designed to be shot from.

Some of the best have already been mentioned.
One of the newest: on Aerosmith, shooting the right-side standup bank into the Toy Box from the left flipper.

Just thought of probably my favorite bank shot. It’s on Tommy. Off the right side of the silverball target into the Tommy hole to start multiball! Love that shot!

On the TSPP: off of the Itchy and Scratchy targets up the side ramp.

Dirty Harry: off left sling and up the right ramp

Addams: off the train wreck into swamp, especially when swamp is lit for 5million

No one mentioned one of the most important ones… flintstones OC to SJ.

9-ball - Spinner rip then rebound all the way across the pf to the ball lock.

Also Quicksilver, 4-bank sweep to spinner rip - actually that one is better than 9-ball.