Another Tuesday, another weird tournament format at Logan Arcade. We had a lot of fun with Critical Hit and the card-assisted pingolf format, so I wanted to come up with something where players could interfere with each other. I had a Divine song in my head when I woke up, hence the name!

How it works:
Ten tables are open for play. A player will play six of them, primarily with their choice of game and order… except that everyone is given two cards at the beginning of play. With a card, you can mandate someone plays a game next, or forbid them from playing a table that tournament. However, if someone plays a card on you, you can block it by playing a card. During play, each player checks in with the TD to let them know what they’re playing next - this doubles as an opportunity to play cards on people, and find out who’s played what on you. Scoring is linear per table.

How it worked in practice: people were allowed to start play anytime between 8 and 930. Early and late starts both have their advantages and disadvantages, I think - early means you can play your good tables before anyone forbids you to; late means you can study the scoreboard and strategically play tables. Obviously this format works best in groups where everyone’s familiar with each other’s strengths and weaknesses - in an anonymous environment, like a convention, it would make much less sense.

What I’ll change for next time: I’ll print the cards ahead of time - the printer at the arcade was down, so I couldn’t use the design I’d made, and had to make do with slips of paper. I’m thinking that three cards per player might be better, as would giving the cards more power (specifically, using them for a replay). I’d like there to be a better display for showing who’s mandated/forbidden for which table, too - and, obviously, this would work better if I was outputting Arcade Tournament Manager to a second screen rather than my laptop. 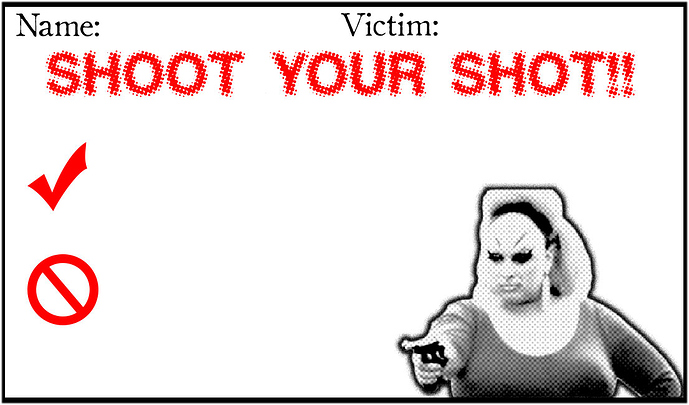 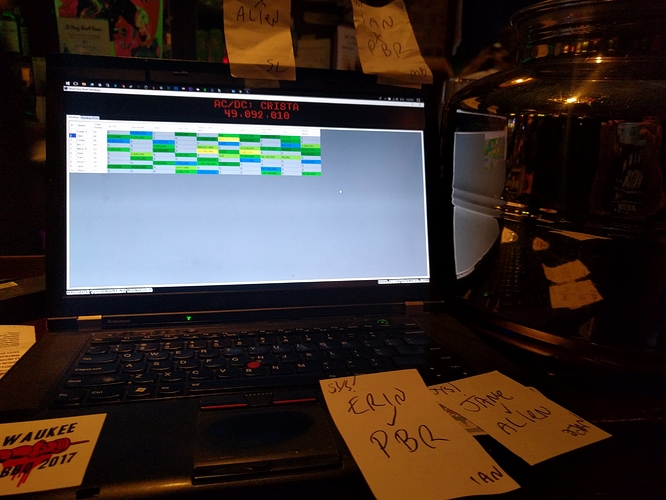 That is not the only shock you have before you, @jtron, because at this exact moment Divine has learned of your pinball scheme from the local arcade gossip. She also has your card, asshole!