Saw on slashdot that Eventbrite changed their TOS to force people who use their service to allow them to film or record anything occurring at the event in question. I think this service has been used for tournaments in the past, and the new terms seem rather onerous, so folks probably want to take a look before choosing Eventbrite in the future:

Way more verbiage than my brain can grasp…

From what I’m reading it says if you use their service you are allowing them to show up and record or do whatever at your event.

That’s stupid as hell. I mainly use it to track who wants to play. All free tickets and I don’t think I ever put the address of the event on the setup. Not sure if that’s now different due to this.

And they expect you to pay for obtaining any license for them, take responsibility for all claims about it, and don’t have to credit you in any way.

“You are responsible for obtaining, at your own cost, all third party permissions, clearances, and licenses necessary to secure Eventbrite the permissions and rights described above, and you represent that you have done so. Eventbrite is not required to use the Recordings, and you, on behalf of yourself and the Subjects, irrevocably waive any right to inspect or approve the Recordings or any manner in which they are used. Eventbrite may provide credit using your and/or any Subject’s names or may refrain from doing so, in its discretion. Further, you, on behalf of yourself and the Subjects, release Eventbrite and Eventbrite’s assigns, licensees and successors from any claims that may arise regarding use of the Recordings, including, without limitation, any claims of defamation, invasion of privacy, or infringement of rights of likeness, publicity or copyright.”

Yes, that (obtaining permission on their behalf) was the most onerous part… basically rules out using them for anything IMHO.

I can personally vouch for Brown Paper Tickets. I worked there for seven years and I’ve never been employed by a more ethical company. In addition, William Scott Jordan is a huge pinhead and happens to be one of the owners. Not sure if he’s on this forum or not, but he’s listed in the IFPA database and is fairly well known in the Seattle scene.

Not trying to get sued so I’ll leave the specifics out, but avoid Eventbrite and especially avoid PayPal.

I don’t know much about American law. Is such a clause even meaningful? I know that certain things in Australian contracts are automatically null and void (such as indemnifying a vendor for negligence). Aren’t there similar common law principles that apply in the US? I’m surprised that someone even tries to write “you cannot sue us in a class action” into a ToS…

Looking at the ToS page again, it was updated some time in the past twelve hours. The entire section about recordings has been removed. The class action waver is still there though.

Yea, it was so egregious I should have figured it wouldn’t last very long. Still, gives good insight into Eventbrite’s values and whatnot…

As someone who has worked at Eventbrite, I can say this is not in line with their values. The language they used was way too broad. Anyway, they removed it from their TOS.

Here is some more info on the EventBrite ToS: 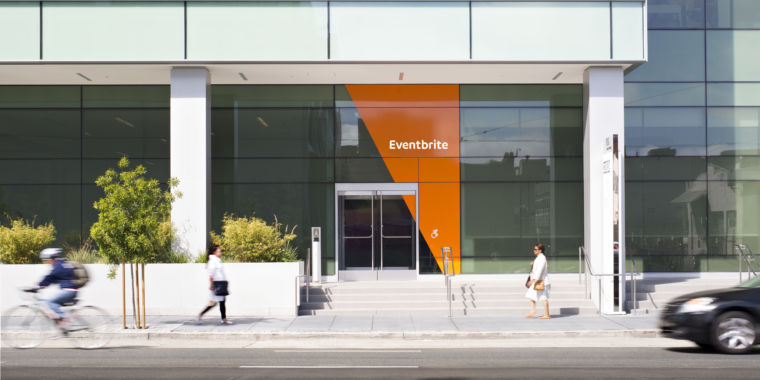 "We’ve heard some concerns from our customers," company says, over perpetual copyright grab.