This game got revealed four minutes ago and there’s no thread yet??? COME ON PEOPLE.

Really disappointed in the theme.

It’s such a Pat theme. Here’s a world and a concept to hang some pinball around. I don’t mean that as a diss either, it made me smile. I’m sure the game will be great to shoot, I’m really looking forward to playing it.

Yeah I can’t wait to play it, and I’m sure it will look beautiful as usual, I just wish I was more excited about the theme.

For those of us really not dialed in: What’s the theme?

“An alternate reality disaster city of the future.”

It’s got a comic book kinda aesthetic. The most unique feature is what appears to be a wi-fi direct connection between the game and your smartphone, allowing you to control the machine with your phone during multiball.

To be honest, I wish they would have had a demo video instead of the live demo they did. They did a periscope video of the reveal: https://www.periscope.tv/w/as7XGDc3NjI5MTB8MXlwS2RBVm5nZFlHV3BLo56hniLp1XS8zacZzO3d_nZq4WSh0TsZsMwByI2w

It’s hard for me to articulate, but there’s something that seems out-of-touch about the theme.
Even though we got Road Show, maybe I was hoping for something with talking heads again. I just think that’s an ‘ultimate idea’ and with today’s technology it could be nuts.
Otherwise, it really truly looks like a Lawlor game, and he’s my favorite designer, so I can’t wait to play it!

Here’s a picture of the playfield from JJP’s website (the site went down quickly after the announcement). 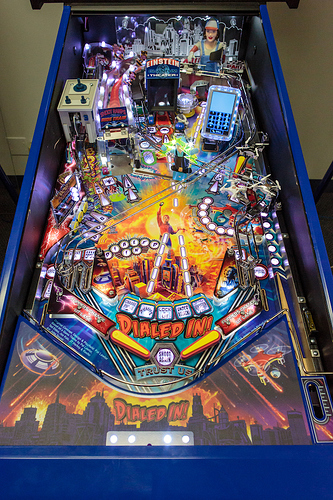 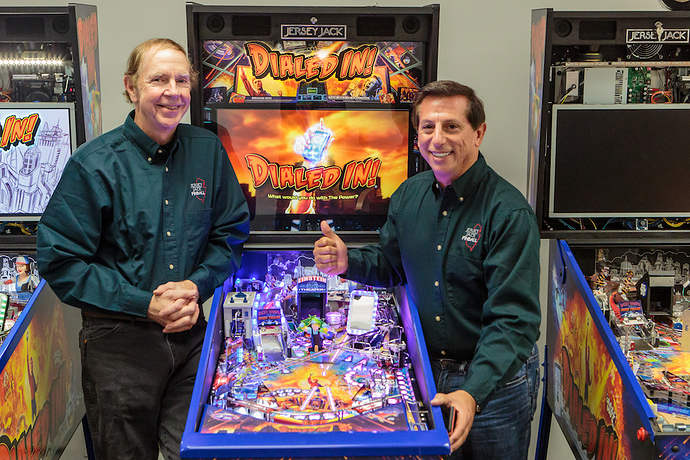 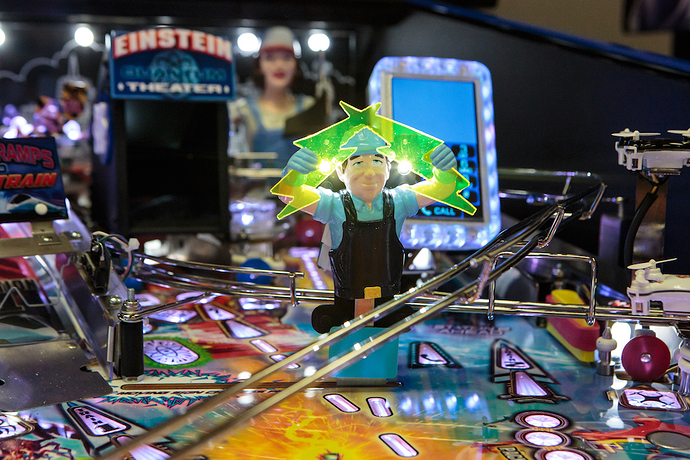 All I got was the email that advertised a camera, Bluetooth and smart phone integration. I tried the “Explore Game” link in the email and the page crashed.

I play pinball to get away from my smartphone.

I don’t even have a smartphone (by choice), but I can’t imagine wanting to interact with a pinball game through a phone even if I did.

Upper flipper super jackpot! That’s all I need to be happy with a Lawlor playfield

Interesting idea: I wonder if using the smartphone for multiball disables the physical buttons. If not, I could see some potential fun in giving your phone to a friend while you’re still on the cab. While you’re flipping away, your buddy tries to mess your MB up.

Nah, for me, it’s Superdog or go home!

So what’s the rules in tournament play for using your phone to play? Allowed or not. How far can you walk from the game and play?

Latency will make it tough to do anything of timely consequence on your phone…
My big note on the machine is that it actually isn’t apparent WHAT the theme actually is. On the most superficial level, it’s cellphone themed. On closer examination, the disaster thing kind of comes out. But the thesis of the game is not obvious, as it is in Funhouse, which is a masterwork across all the arts when it comes to the integration of theme and plot. In Funhouse, shooting Rudy in the mouth is not a metaphor for anything; you are shooting Rudy in the mouth.

To me, it looks much too “cute” for anything along the lines of a disaster theme. Is that really what’s going on here?

I can’t believe Pinside has been down this whole time. At this point it almost must be intentional.