Piggybacking off the Zombie thread, how about this:

Three ball game; one ball to be play each of these three ways:

1 - One handed
2 - Cross Handed [“X” style] while standing in front of the game
3 - Straddle-Cross handed standing beside the game, viewing it upside down [or if your arms aren’t long enough, from off to either side]

Which ball is played which way could be decided in different ways, too. Could do a preset order for everybody, e.g. the one above or some other specific order. Could do die roll for random order of which sequence to play them. Could allow high seed to choose the sequence. Could even do a die roll and allow repeats, i.e. roll for each ball as to which way to play it so you could do one of these twice or all three balls. Could even allow each player to choose their own sequence, e.g. one could play 2-3-1, one choose 1-3-2, one choose 1-2-3 and one go 3-2-1.

One benefit of this format is it would be full 3-ball WPPR points.

If you allow players individual choice of order, I’ll bet not all will do the same, and some would even probably vary their choice of order based on what machine they’re playing.

Get really wacky, require each player to play 3 balls each way in a 3-game round, but they can choose which balls and on which machines they do each. Some might play one entire game one way, e.g. a slowish EM or SS one-handed, a DMD straddled and a Stern X-style, or maybe play all three games’ ball ones one-handed and mix up the other two.

One benefit of this format is it would be full 3-ball WPPR points.

“One benefit of this format is it wouldn’t be worth any WPPR points.”

(corrected your quote for you)

I’m sitting in my car at work laughing at this.

This includes any play that is one handed, cross handed, with your feet, with a remote controller of some kind, blindfolded, eyes closed, back turned to the game, forced to sit in a chair, forced to stand on a ladder, forced to pedal a bike to give the game the power needed to control the flippers, etc.

What about Judge Dredd Supergame? Or Tommy blinders on game? Apparently, there’s a way to force a game of Tommy where the blinders stay out.

What about Judge Dredd Supergame?

Or Tommy blinders on game? 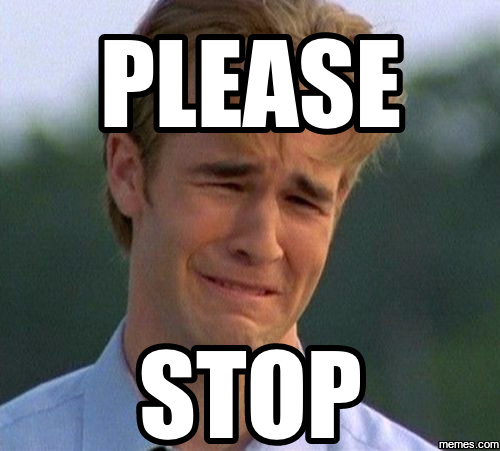 Or the “switch position and therefore also scores to that of another player for the remaindwr of game”?

Or the “switch position and therefore also scores to that of another player for the remaindwr of game”?

Seems like very inconsistent enforcement of the rules, but heey what do I know, and your the boss

It has been valid at during expo qualifying in the afternoon for years. #glarement

I’d like to add that for halloween pinball party at Casa Del 2Step, I implemented the first ever zombie pinball tournament (death by WPPR-itis) and while the results were not submitted to IFPA, everybody was in costume, had a great time and our winner walked away with a slightly used Sharper Image juicer (to make the most of the out of those brains those zombies consume). Alll of our top 4 finishers all got pinball buckets with rubber kits, new pinballs, flyers and a few fistfuls of candy to go along with their frightfully good pinball performances. The final game (4 players) was played on Jungle Lord, it lasted 47 seconds.