Congratulations to the PAPA 20 world champion! (...names inside)

Definitely was a pleasure to watch online. Wish I could’ve been there in person to congratulate him.

I legit teared up a little as Bowen’s ball drained and Escher jumped into his dad’s arms.

Watching Escher win was awesome. I was rooting for him all the way. What an achievement for someone so young!

I don’t want to take away anything from Bowen. Realistically, I think he is the better player of the two (if you were to run some extended head-to-head tournament between Escher and Bowen, I’m fairly sure Bowen would come out ahead). But “Bowen Kerins wins his fourth world championship” doesn’t have quite the same ring as “13-year old defeats three-time world champion for the title in a playoff”

It really makes for a great narrative. “David defeats Goliath” and all that…

It was a great final and while I was originally rooting for Trent (he has got to learn to stage…) when it came down to the tiebreaker I would have been happy to see either player win. Bowen is a really likeable player (based on his public image, I’ve never met him) and has done a lot of good for many players, myself included.

On the other hand I like to root for the underdog and Escher was playing really well. I really admire his skills and especially his mental game. I didn’t see any sign of nervousness in his play which I thought was even more impressive considering his age.

I think Bowen tried to play very cautiously and carefully and it cost him. Statistically it’s the prudent thing to do, but it will sometimes come up short. In this case, he seemed to me to be trying so hard to “do the thing” that he tightened up and didn’t get into the flow like he did on Jungle Queen. Escher on the other hand, absolutely didn’t try to always do the thing (believe I heard a couple sighs from Keith on the call as Escher swung away full-power with the upper flipper). In this go, Escher played the machine instead of trying to rigidly control it, and he ended up not needing to put up a big score or even play his third ball to win.

Really enjoyed watching the finals this year, thanks to some great extended coverage from the guys at PAPA.

And fair play to Escher, he had some amazing games and can justifiably own that title of World Champ.

I also think Escher winning this tournament is the kind of story that media outlets would love to pick up, and I really hope Escher and his family are open to that. Because even though all of us around this hobby have seen Escher’s skills develop over the last few years into this world championship winning form, to many outsiders the thought that their own teenage boy or girl could accomplish the same is the kind of thing that sparks a newfound interest in the game

I also think Escher winning this tournament is the kind of story that media outlets would love to pick up, and I really hope Escher and his family are open to that.

Strongly agree with that. In addition, this really adds a degree of respectability. The Papa broadcasts are run very professionally, use clean language (kudos guys, this matters to a lot of people), and any parent who watches the Papa 20 finals coverage will probably think “this is a safe place for my child to be.”

I think we also need to mention the amazing behind the scenes stuff that happened off camera. Esch and I talking about WPT strategy and essentially teaching me the game competitively. @Adam and his frantic live play by play on the phone. Watching every reaction live. That darn hug.

Other than “the kids took over,” I think this weekend can be summarized by “dynamic duos.” People say that Raymond and I casted the Circuit Finals well. Francesco and Alberto dominated Split Flipper. Finally and most importantly, Escher won PAPA 20 with Adam as his #1 fan and support crew (look for them in the crowd between balls). Pinball is mostly played solo, but it’s the people that back us up that make this community great.

Congrats to Escher and I hope your arms didn’t fall off between the handshake line and holding that trophy. You’ll need those.

So awesome that this part was within the view of the player cam so that it’s on the broadcast. Congrats to Escher!

Congrats to Escher, that was really fun to watch. Also, to avoid spoilers in the future it might be a good idea to say “Congrats to the PAPA 20 champion!” in the thread title and spoil the results in the thread itself. Some people can only watch replays and it sucks to know ahead of time who wins because you happened to checked tiltforums and saw a thread title (thankfully I got to see it live). 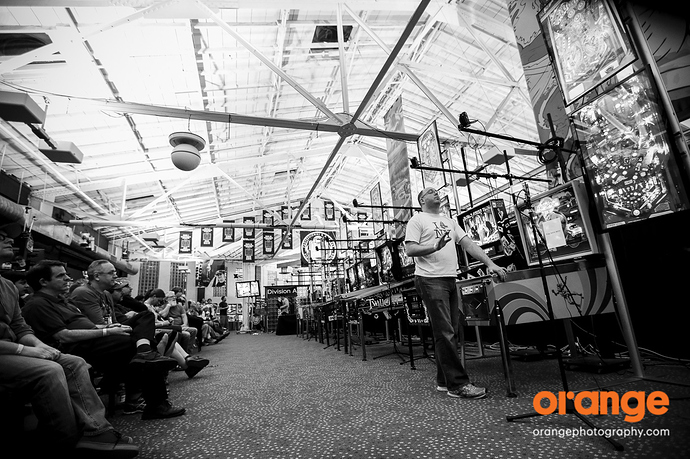 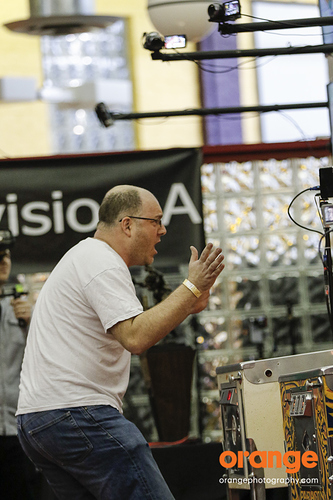 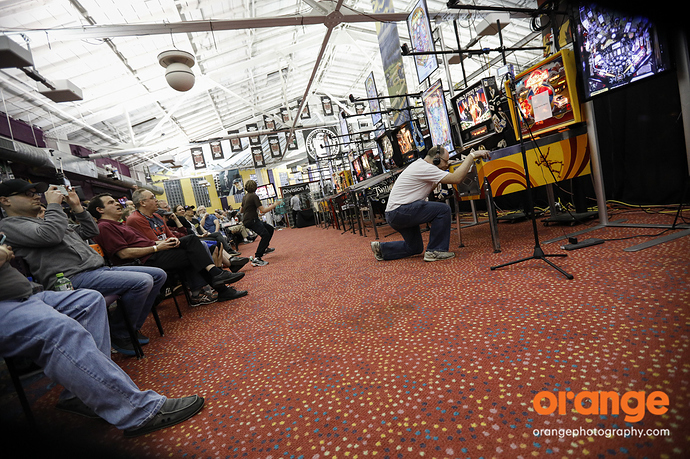 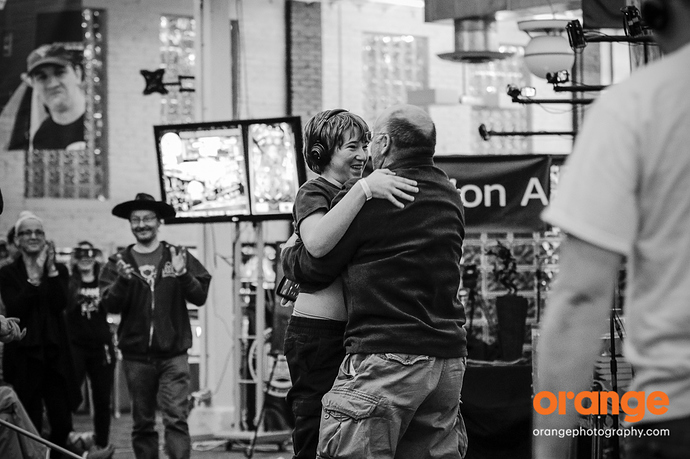 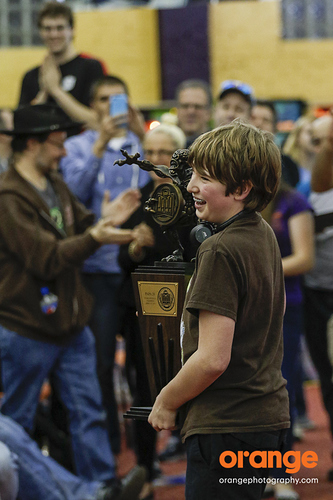 Wow… that capture of the moment of loss / victory with all the banners in the background is PERFECT. The definitive shot of the last competitive moment in that building. So awesome!

Big congrats to Escher from all of Denmark!

Thanks Gene for the great pics too!

Congrats from the Austrian pinheads too! It was a joy for both Markus and me to see the finals here…

My favorite moment from the tournament.

Grumpy Doug photobomb in this one was my favorite. 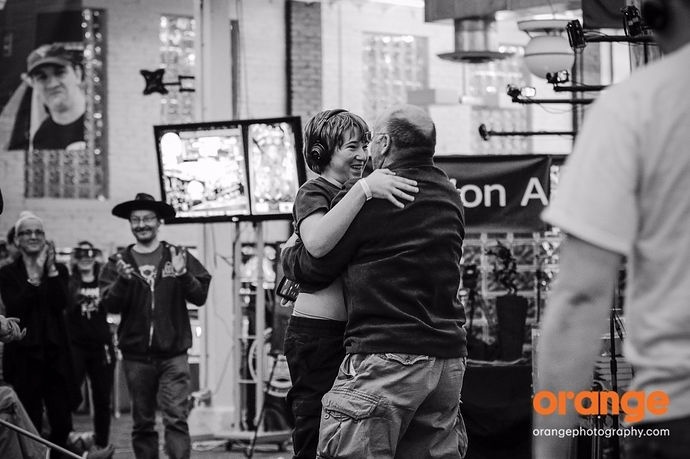 Congrats to Escher! I’m taking full advantage of his incredible win as motivation to get my boys to keep working on their flipper skills, rules knowledge, sportsmanship, and most importantly: his enthusiasm for simply enjoying the game without throwing a fit when something goes wrong (because he’s especially better at that last part than I am).

I had the great fortune to finish fourth at PAPA a few years ago, but for some reason, this year’s finals were not only way, WAY more stressful to watch, they had an infinitely more satisfying finish, too

In all seriousness, thank you all so much for the kinds words of support and appreciation for Escher’s amazing win yesterday. I have passed along all of the well wishes to the boy and he sincerely thanks everyone. He still can’t believe he won PAPA, lol, and I think it will take a few days to really sink in.

Thanks, too, of course, to the entire PAPA staff and all of the volunteers who make the tournament so awesome every single year. We will miss the HELL out of that old warehouse, but look forward to where ever Escher can defend his title next year!