So we used the crappy camcorder I purchased on Saturday and although the picture was pretty rough and we couldn’t get the entire play field, everyone really enjoyed it.

Is the C920 the best choice? I’ll just have to lug a second laptop along and run HDMI out to the TV.

Will the C920 attach to the 1/4" adapter GarrettHays posted above?

Does anyone know how long the cord is on the C920? I’m assuming I’ll need a USB extension?

I use that setup for the c920 but, it should work with any camera. C920 has a 2-3’ cable coming from it. You can run around 30’ of cable if you want with something like this. 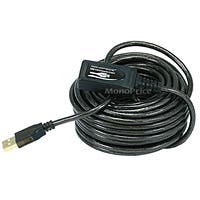 Due to its design, USB cable has a normal maximum length of about 5 meters (16.4 feet), but you can get longer distances by using an Active USB Extension/Repeater Cable from Monoprice! This is a bus-powered extension cable that can...

Can anyone give me a 5 minute crash course on setting up OBS + a C920 to display the entire PF on a TV? Whatever I’m doing isn’t working right.

I set up the camera and then went to Transform -> Rotate 90 CW. That turns the image the way I want. Then I drag the red bars around so I can fit the now rotated image in the preview window. Once that’s done, I went to Transform - Center on Screen which moves it to the middle.

I’m then left with this: 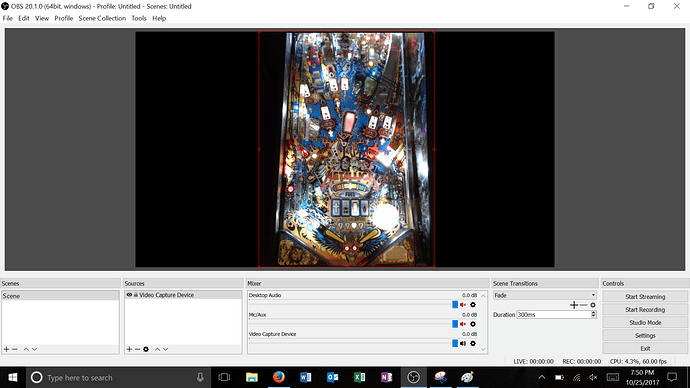 Once I do that, then I right clicked on the preview window and choose -> Full Screen - Projector Source - Display 0. I only have one display, which is my laptop screen. The problem is that it flips the image back the other way and gets blurry. 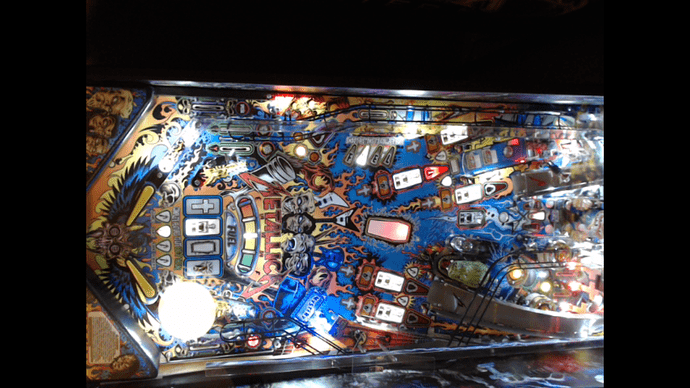 Really weird. I reproduced the above with my laptop camera instead of c920 and it kept the position the same as shown on the layout before entering projector source. This was in version 18.x so I updated to the same version you are using and the position also didn’t change. You are doing everything correctly in OBS as far as I can tell. Did you download the c920 software from logitech?

When you right-click the Preview window, make sure it says “Fullscreen Projector (Preview)” and not “Fullscreen Projector (Source)”. If it says Source, it will only show that particular source without the transformation. Unselect the camera source by clicking on the neutral gray area so the red rectangle disappears. Then the rightclick menu should say Preview and display exactly as you have it laid out.

When you right-click the Preview window, make sure it says “Fullscreen Projector (Preview)” and not “Fullscreen Projector (Source)”. If it says Source, it will only show that particular source without the transformation. Unselect the camera source by clicking on the neutral gray area so the red rectangle disappears. Then the rightclick menu should say Preview and display exactly as you have it laid out

That’s what I was doing wrong. Once I used the one that said “Preview”, everything was fine.

Does anyone have recommended settings for the C920? I found that I needed to turn off auto focus, auto brightness and a bunch of other stuff to keep the camera from going bananas.

On a side note, I think everyone really liked being able to watch the game during league when they weren’t playing. I’m thinking about picking up another one for the DMD.

I’m assuming that you can run two playfields on the same OBS screen? I’m not sure we really need the DMD since we aren’t streaming, so maybe doing side by side games would be cool. Although, I’m not sure I want to drag in two boom stands. If I did the DMD, it would just be a matter of grabbing a small clamp for the second camera.

Put at the highest resolution it will allow at 30 fps. Turn off low light compensation and auto focus. Leave everything else default.