I’m considering buying a camera for my league and was hoping someone could point me in the right direction. I asked about this a year or so ago, but suspect things have changed.

I’m not looking to stream, only a local feed to a TV above the games with an HDMI input. So I guess I’d need some type of tripod to hold the camera and obviously an HDMI cable.

Any suggestions on a camera? I was hoping for something that I could just plug right into the TV and not have to mess around with a computer in between.

Sony HDR-CX405. You’ll need a Micro HDMI->HDMI cable to go with it.

Thanks for the suggestion. I stumbled across that in another thread, but it’s outside of my budget. I’m buying it for the league I run, so I don’t want to spend a lot. I think I might try one of the El’ cheapo ones on Amazon. If everyone likes it, maybe I’ll start a collection for something nicer.

You can find used ones on eBay for around $100. I guarantee you won’t find anything priced better than that with decent quality.

You can find used ones on eBay for around $100. I guarantee you won’t find anything priced better than that with decent quality.

ah! only if “someone” stopped buying them all up!

I have no idea what you’re talking about

I thought about that, but then I’d be carting two laptops to leagues. I already bring one to enter the scores.

For better or worse, I ended up buying one of these.. I’m sure I can always return it if it sucks.

The Logitech C920s are nice but you can get 60 FPS at 720p out of the C922s. You lose a bit of the sharpness when you move to 60 FPS on the 922s but the ball movement is much smoother. It’s a tradeoff worth making IMO and is a good entry camera for streaming.

EDIT: Never mind, I read through too quickly and just saw you wanted for local display on a TV only and not for streaming. I’ll leave the above just in case anyone cares

Well, the camera works and doesn’t do a terrible job, but I can’t rotate the image. I end up having to look at the TV sideways to get an elongated view of the entire playfield.

I went through all the settings and can’t find anything that will allow me to rotate the HDMI output 90 degrees. It shows up correctly on the camera display, but not when output through HDMI to the TV.

Do most cameras allow you to rotate the image in the settings? It looks like I’m out of luck going this route.

Any suggestions? I’m trying to do it direct to the tv from an inexpensive camera. If I buy another camera I’d like to be sure it works. I’m sure amazon is going to charge me shipping to send this one back.

What kind of TV is it? Can you physically turn it on it’s side?

I’m going to be using the one at the bar, so turning it on its side wouldn’t work. I was just testing with a 32" LCD I had sitting in a closet.

Okay then I would think you’d need some type of program to flip it on screen.

Using program to flip would propably cause delay too. Why don´t you shoot sideways and use cameras native resolution?

I’m not sure what you mean when you say “Shoot sideways”? When I turn the camera so it can capture the entire PF, the image on the TV turns. So you’d have to turn the TV 90 degrees to see it correctly.

So the C920 send the video via USB and then I’d use the HDMI out to the TV? What does OBS stand for?

OBS is a program used to stream. You can just use that to capture the C920 then you simply take a HDMI from the computer to the TV and duplicate what is on your computer to your TV.

Can you mount the camera so that it’s shooting across the playfield instead of up and down? Instead of turning the tv on its side, do that with the camera.

Is OBS Open Broadcaster Software? There are about a million OBS acronyms on the Internet. I was just trying to nail down the right one.

I can do that with the camera, but it would need to be a lot higher than I can get it with the boom stand to see the entire PF.

Not sure what you are using for your boom but, I’ve had a lot of luck with these. 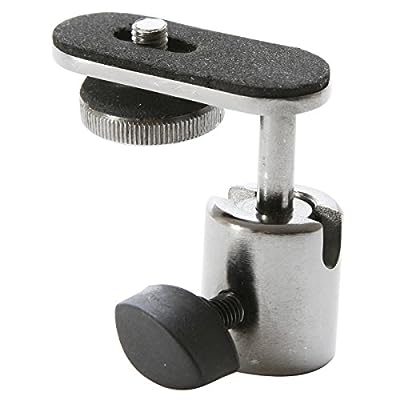 Attach this innovative adapter to any 5/8" threaded microphone stand to support a video camera or digital recorder (Marantz PMD620, Zoom H2, H4 and the Edirol R09 and more) with standard 1/4" threaded ...

AmazonBasics brings you everyday items at a great value An Amazon Brand.

I switched to these stands but, they cost more. 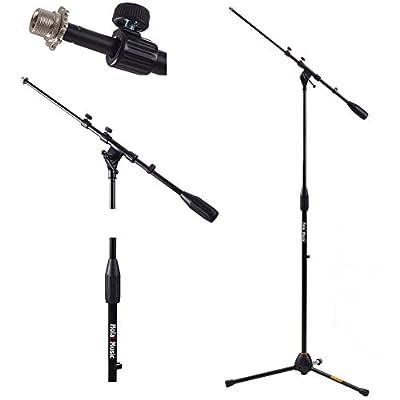