I’ve always had fun at this, thanks for doing it again! Hope to make it this year.

Registration for the Showdown is currently full. I will be building a waiting list to fill spots in the event of cancellations.

Thank you for your interest!

We have had some late cancellations, so there are a few spots left. If someone wants to jump in, send an email to silverballshowdown@gmail.com

Here is the Twitch link to our streaming partner for 2022.

This year we are going to attempt to stream the qualifying rounds which given this matchplay format will be a bit chaotic to say the least. Hopefully we will be able to wrangle some commentators during qualifying which obviously will require a bit of a juggling act when everyone is actively playing their rounds.

My thanks to you, Chris and all who helped set up the stream. I thoroughly enjoyed helping with the commentary. Tell Chris I hope to watch him again soon.

Another Silverball Showdown is in the books!

I cannot express enough gratitude for all of the amazing people that traveled near and far to participate in the tournament. What a wonderful group! It felt like a 3 day pinball gathering/reunion with a side of fierce but gracious competition. I am honored to have been a part of it. Truly extraordinary.

You guys totally rocked it! 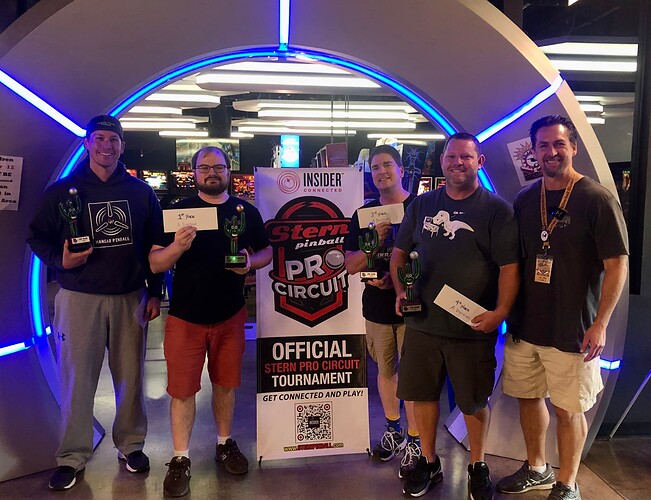 Thanks Shawn for putting on a great tournament! It was a lot of fun and the games were set up fine and worked great all weekend.

Congratulations to Mark for winning it all! I played him in the second round on day 1, and he had the worst luck of anyone I played all weekend. I think what seemed like 3 house balls on Supersonic followed by 3 very short balls on Star Wars, you know where the plunge goes into the outlane followed by the ball save plunge finding the outlane again. Looks like his luck evened out on Sunday and brought him the victory!