Well look at that. All the advice worked. Took out first place in the junior division, 33rd out of 63 overall in the open division. Thanks again for all the help (I snuck in the finals in 14th but the bombed out) 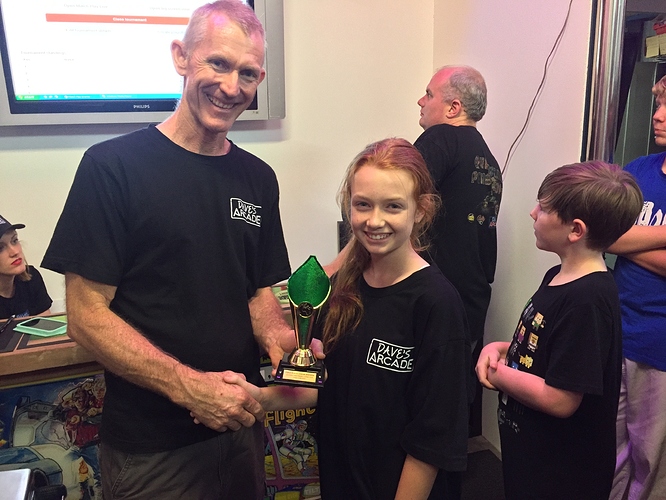 Nice job! Keep up the great playing and keep having fun!

Can I share this guide on a Facebook page with my newly formed Belles & Chimes League in Portland, Maine? We have a lot of new players who are looking to get better and this is an excellent guide. Most of the people in the league are not here on tiltforums yet, though I hope this will change in the future!

Please feel free to share it as you wish.

My advice would be, play with tilts set tight - NEVER restart a game if you have a bad first or second ball and play long hours.

A recent comp I entered, Qualifying started at 10am, I was finally knocked out at 2am the following morning. My stamina was definitely a factor.

My advice would be, play with tilts set tight

I actually disagree with this. You will never learn and nudging techniques this way. Best to get good at them on a loose tilt then slowly dial down to what you can get away with on a tight tilt as you get better.

My god, yes. IMO, one of the best things that PAPA ever did was to gradually move away from the ridiculously tight tilts they used to have and towards games that are actually playable. I remember a High Speed in B division many years ago that was so tight, a hit to the lockdown bar was risking a tilt. You basically just pushed the buttons and didn’t touch a thing. Other games would give warnings for flipping sometimes. It was awful. Eventually they learned other ways to make the games harder and the result is a better experience for everyone.

Bumping and nudging is a distinct skill and one of the many vectors of good, well-rounded play.

Interesting, that must be one of the things I’m doing wrong.
I never seem to be able to adjust from “home tilts” to comp tilts

If you have your own machines and you’re wanting to practice for Pinburgh, PAPA, FlipOut or other larger, established tournaments, set some/all of your games up like they’re setup at these competitions: 8 degrees of incline, sensitive and strong slings, strong flippers, conservative outlanes, rubbered/nerfed shots where applicable. It is generally more difficult to gain control of the ball on a tournament machine - learn to play more ‘on the fly’ and rely less on repetitive, controlled play. Learn alternate strategies so you’re prepared if the TD boogers up your ‘go-to’ shot on a particular game. If you’re used to this type of setup, you won’t be blindsided by tournament games and will do better.

You mean that SW we played in league isn’t a good setup to practice comp pinball?

You mean the “fourteen doc-ock-multiballs” Spider Man? Beautiful machine, but yea, you can’t let the right flipper go up further than factory, and certainly not with a loose tilt…