Am I being sold the wrong coil stops?

After some heated debate tonight about exactly how high the flippers should come up when flipped in Tron - I’m left wondering if I’m being sold the wrong coil stops.

The last three or four Trons I’ve played have flippers that will generally let you hold the right flipper up and catch a ball coming out of the scoop.

I started watching competitive videos tonight to compare flipper angles. The first screenshot is from 2014 Nationals: 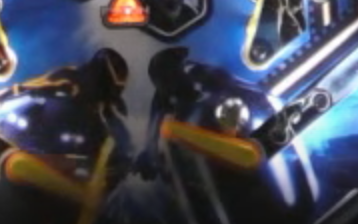 The second is from Louisville 2014: 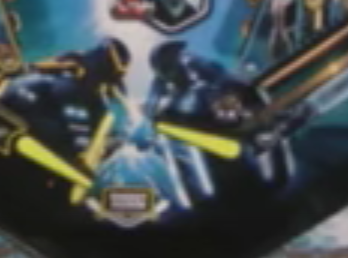 It’s a little difficult to see, but notice in the second pic, there is a significant amount of white artwork (which is negative space between the arm and body of the guy on the light cycle) visible above the tip of the right flipper. In the first pic, there is virtually none.

The last 3 or 4 Trons I’ve played have all been like the former. However, in looking at competitive videos, nearly all of them are like the latter.

My Tron, and the one in question from tonight, had the flippers rebuilt very recently using Stern flipper rebuild kits from Marco. Both have flipper travel similar to the top pic.

I don’t necessarily know the answer to your question, but certainly part of the answer depends on the baseline alignment of the flippers. Look above the left (idle) flipper in each of the pictures you posted. The top one shows three horizontal white stripes, while the bottom one shows four horizontal white stripes. This leads me to at least suspect that the flippers in the top picture are just adjusted higher than the flippers in the bottom picture. Obviously, the “flipped” position is dependent on the “baseline” position (along with other factors like the exact specs of the coil stop), so if my suspicion is right, you’d expect the flipped position of the top picture to be higher than the flipped position of the bottom picture.

I don’t own a Tron myself (though I’d like to!), but hopefully it has alignment holes for the flippers. If not, my personal opinion is to do an alignment that minimizes or eliminates any ball hop or slowdown when transitioning from the plastic inlane guides to the flipper. And in general, if the game feels “right” to YOU, then go with it. There are so many finicky variables around flipper alignment, machine left/right level, machine top/bottom level, etc, such that every game will just play slightly differently.

Interesting, thanks for the reply guys. The Tron flippers in question are definitely aligned properly with the alignment holes.

Funny you should mention BDK…I think there is too much flipper travel in that game - making it too easy. Incidentally, the one I bought had williams flipper parts, making them travel even further. It felt like one of new newer Gottliebs.

Question: are PAPA machines the definitive source for seeing the “correct” flipper travel? Like, if I watch a tutorial or gameplay video - will it be set up factory? Or do they ever change link/stop to make games harder?

I wouldn’t say I know that either, but I noticed that there seemed to be a difference. So take that for what it’s worth.

[quote=“ryanwanger, post:4, topic:1142”]
Question: are PAPA machines the definitive source for seeing the “correct” flipper travel? Like, if I watch a tutorial or gameplay video - will it be set up factory? Or do they ever change link/stop to make games harder?[/quote]

I wouldn’t think of it in those terms. There’s definitely a “spec” for this on a factory fresh game but there’s going to be differences from flipper to flipper (from varying parts tolerances) and even more so as the games get played and the flipper parts start to wear. Changing the way flippers travel and align has a direct impact on playability and difficulty but I think it’s a matter of taste based on ones goals for game play. I can’t speak for PAPA but I would be very surprised if they weren’t fiddling with flipper parts on some games to make them play harder. I feel like a number of games I’ve played there over the last few years have had non-factory style flippers in them. Perhaps Doug Polka or MHS will see this and comment.

There are definitely two coil stops for Bally games. I had an issue with aligning flippers at rest on a couple of 80’s games - and it ended with a trip to. and conversations with, Terry @ Pinball Life who has the correct ones (and Terry can also explain the history of why repro parts are two different versions, and which version is to factory specs).

The Stern coil stops in flipper rebuild are all the same AFAIK.

Here’s how the factory flipper on my Tron looks: 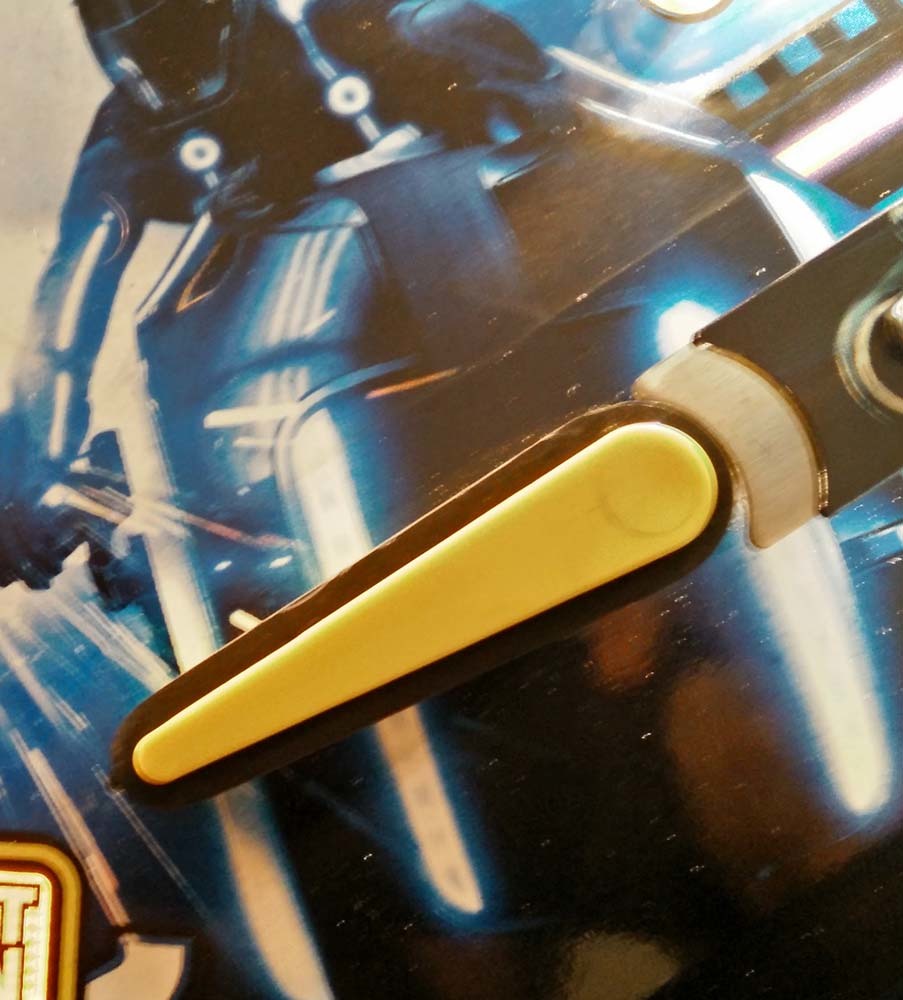 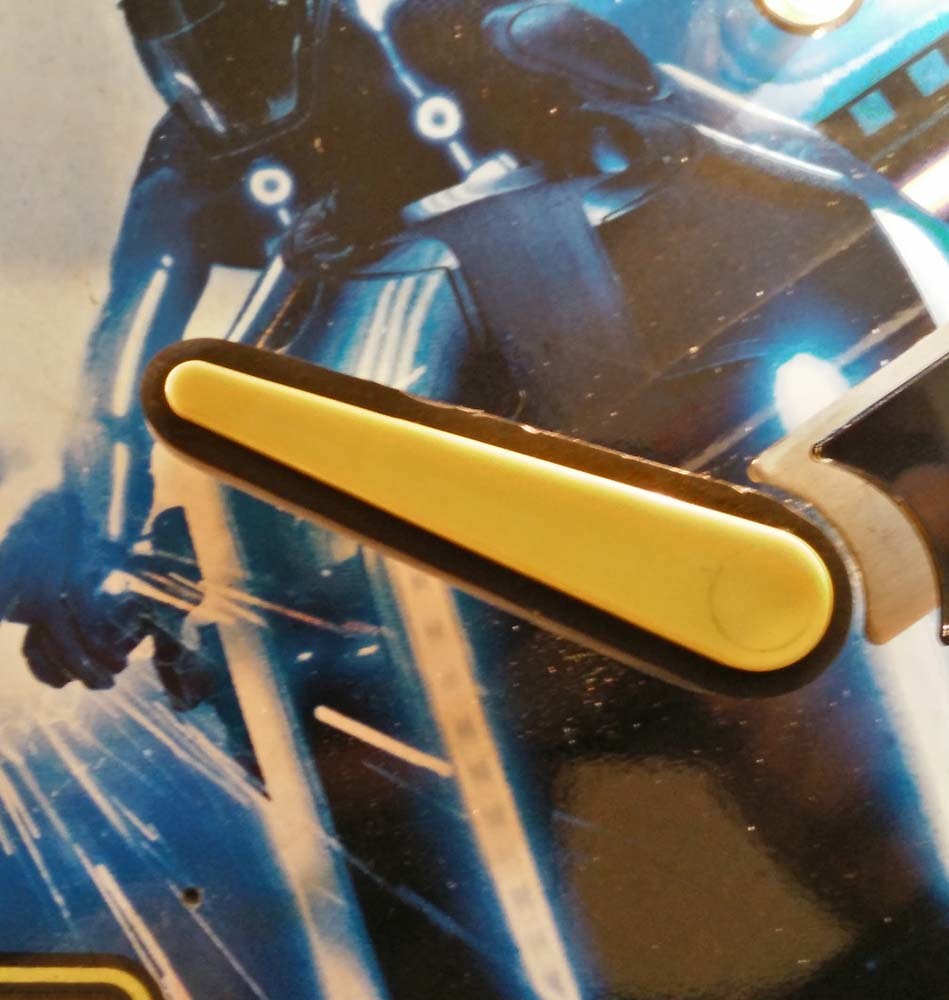 Thank you for doing that. Much appreciated. Did you rebuild those flippers yourself? Where did you get the parts from?

I will advise you to distinguish flipper travel and the behaviour of the ball on a scope kickout. As a lot of other factors come in play on a kickout to up raised flipper. The rubber band to mention one.

As for flipper travel. The coil stop is affecting the stoke position. But the flipper travel is relative to the rest position (as already described here). Which might be different on games you compare with. I’ll say that those alignment holes can be used so differently from one guy to the next, that it leads to very different adjustments. I never use them myself.

Even from the factory, flipper rest position might vary from game to game.

As for PAPA, I am pretty sure they rebuild flippers with choiced parts to have them play with the exact strength and difficulty they want them to have.

Solved: I was actually being sold the wrong pawls! PSA about flipper steepness & rebuild kits