I also have IMDN, DP, BK:SOR Guardians and B66 and I’d really like to add the switch which I know games later in the build got the switch, just wondering if anyone has looked into this and if so how simple to do?

Don’t the machines without an interlock switch keep flipper power when the door is open?

Yes but with the switch and door open if a ball, or balls, drains the game puts them back into play and it just works so much better than without it.

It sounds like what you want is a coin door ball save feature that would work with an interlock switch for these machines designed without one. I think the former is a big ask that will not happen, and the latter is a smaller one that also probably won’t.

Actual disabled high power with the coin door open is the stuff of my nightmares, as is the very flaky way that the coin door ball saves tends to work/not work for me (Metallica and AC/DC, I’m looking at you). I guess YMMV.

No I want to add the switch that stern is now in machines that I have. Given I have the same machine it must be doable!

the cab node board may have the pins for door sw on it. And the 1st spike game had an door switch installed.

No I want to add the switch that stern is now in machines that I have. Given I have the same machine it must be doable!

Let’s imagine adding this switch. What have you gained? Nothing without the coin door ball save software to support it.

Let’s imagine adding this switch. What have you gained? Nothing without the coin door ball save software to support it.

That code may be in the os / pinball base code anyways.

I’d really like to add the switch which I know games later in the build got the switch, just wondering if anyone has looked into this and if so how simple to do?

That code may be in the os / pinball base code anyways.

If the code is there but there’s no option for it in the UI, does it matter?

There are two different power boards depending on whether the game has the switch or not. The schematics shows the circuitry, but after looking at them, I’m still not clear what all changed.

I suspect it could be done electronically, but as mentioned, not sure if the software would support it. Power board part numbers are 520-5343-00 and 520-5343-01. I believe the only difference between the two boards is the added hardware to support the door switch.

Have you guys had a recent new stern game? Like in the last 6 months?

Six months or so ago - stern started to put the interlock back into games they are making so the last run of B66 and all their current games they are making; now have the interlock switch. All of the stern games at Chicago expo had the switch and often when there was a stuck ball or other issue the switch was invaluable in restoring the state of the game play - open the coin door and the game pretty much froze its state.

If you buy a brand new BKSOR, GOTG, NST, EHOH, B66, DP, IMDN or Star Wars you will get a game with the switch.

The code now has all the support for coin door interlock.

I have BKSOR GOTG B66 DP and IMDN - I want to add the interlock switch - I’d assumed it was a cable and switch from one of the existing boards but maybe it needs a new node board which might make it uneconomical - thought someone here may have already looked into this - today I will look at my JP2 and compare to other games and see what is different and post up. But if you haven’t tested a new stern with this capability I would do so it seems to work very very well.

Just checked the jpz2 manual and it has a different part for the power board than above also. Schematic looks the same.

ok so my BK:SOR has the same hardware and the cable to where the switch should be, the cable is then loopback’ed. 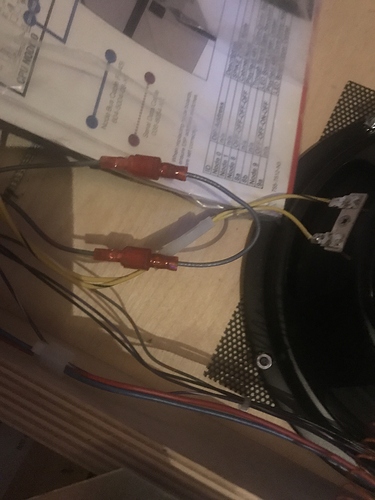 I assumed that if I unplugged one end I’d get the coin door open alert but alas no.

So my guess that when a game is born part of the birthing process sets this on or off (like domestic vs international menu options). You then get the coin door options in this menu also.

So suspect the short answer is that you can’t do this without Stern’s help. My other games don’t have the cable which was long before Stern said they where going to do this.

Are there different versions of the SD card images for domestic and international versions? I think the software is all the same just different settings.

no its the same. Stern definitely have a bunch of settings that they select when the game is made that then can’t be adjusted.

Maybe it’s on the unlabeled dips on the node board?