About the Pro Pinball series

It just baffles me as to why these games (The Web, Timeshock, Big Race USA, and Fantastic Journey) never receive as much credit in digital pinball as, say, Pinball Arcade or Zen Pinball. They’re both great games to play, but I just don’t get why Pro Pinball seems so underrated.

It might be that both Pinball Arcade and Zen have much more to offer than said series. 70+ games in each title, free to try out, and very cheap to afford multiple tables, bundled or not. It might just be that most just want to go for products available with a “cheap” price tag ($30 for 10-20 tables is a steal, even more so on a major sale). Whereas Pro Pinball Ultra, on Steam, is $15 for just Timeshock, and that may seem off-setting for some.

Point #2 is probably more on the nostalgia factor. Pro Pinball sold 3 million copies in the 1990s, and the odds of people remembering the game(s) are very low. They’re probably not even aware that the Timeshock is graphically (and soon, physically) remastered by the very same development team. The quality is astounding, even though it takes a long time for the additional features and tables to be finished. (Currently, all the camera views are in, as well as cabinet support. They’ve yet to do DMDs, motion blurring, and more refined physics than that of FJ and BRUSA.)

What’s everyone’s take on the series, if any? (Oddly enough, I grew up with Fantastic Journey as my first table throughout my younger years. I really liked it, and it just kind of grew onto me as I played it, after reading about the mixed reception by critics.)

The Web was great when it came out. Biggest bummer was unlabeled inserts, but I guess you got used to it pretty quick. It was really the first video pinball with serious hardcore pinball rules.

It was BTFO by Timeshock, though, truly the pinnacle of the series. Timeshock honestly to me lacks in music and speech, but the rules are so good it’s hard to hate the game for those things. To me it seems impossible to “get” by casuals, but I have no evidence one way or the other. Really loved a lot of the more imaginative things they did like the souvenir matches which I thought was a really great rule.

BRUSA fell completely flat to me. It seemed hard, probably went more brutally hardcore rulewise than did Timeshock, didn’t shoot as well (to me), and just simply lacked fun. It was way too serious. A competent game, but one that I did not enjoy playing. I never got close to finishing it though I choose to believe I was probably the first one outside of Cunning to finish Timeshock.

FJ… This one seemed rushed to me or something. There’s lot of interesting (and hard) rules in the game (particularly the finishing bonuses for the adventure modes), but the basic geometry of the shots never worked for me that well. I did play it a fair amount, certainly more than BRUSA, and even within the last few years I dusted it off and had some goes on it. Fortunately, there’s finally a video of someone doing well on it on youtube, so I can rest easy knowing the end of the game now. I got pretty far in it, but don’t think I ever completed the first ? adventure mode. The color DMD was great and had promise but ultimately was vastly underutilized. The main diamond modes were pretty varied and generally quite good. The total polish just wasn’t totally there.

I guess I rank them thusly:

BRUSA, I might as well agree with. Whereas Timeshock and The Web brought in elements from 1-2 tables, BRUSA implemented many. It was RoadShow tied in with Attack From Mars, Medieval Madness, a bit of Taxi, and the layout of Judge Dredd. I think it was a time that pinball in general was getting desperate, it was the late 90s when the decline took its toll.

I might as well bring up that the other games will be remastered as well. The Web will have the most impact, since the inserts will be read-able (and might also receive a score balance at the same time) along with the graphical enhancements. Found these two blurred images in the Steam folder of the Ultra version, assumed to be BRUSA and The Web (FJ I assume will receive the treatment as well). 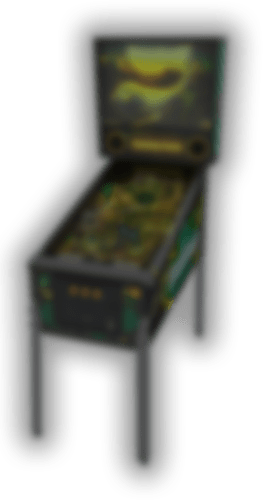 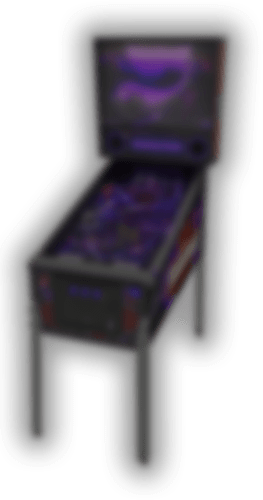 My guess is a lot of the casuals don’t talk about the Pro Pinball games because with the Pinball Arcade (and the Williams/Gottlieb Pinball Hall of Fame packs before that), there’s subject matter that’s recognizable, popular tables one may have experienced when they were younger. I think that’s more appealing to a lot of people.

I like the Pro Pinball games a lot. The physics are considerably better than anything FarSight has churned out. However, they lack in certain areas of aesthetics. For me the biggest point of contention is the sound packages. I haven’t put enough time into BRUSA but the sound is a serious issue for me in Timeshock, and the voices in Fantastic Journey are… laughable at best. The Williams stuff from back in the day sounds so much bigger and has so much personality in comparison, I found them far more fun in digital form at first than I did the Pro Pinball games. Now I’m 50/50 between the two, because while FarSight’s tables are based on the real thing and have the great sound and personality, but awful physics–I appreciate I can drop catch and juggle multiballs properly in the Pro Pinball games, at the cost of more pleasing aesthetics.

One other issue with the Pro Pinball games is, while the physics are pretty much the best anyone has done in the digital realm, they are still “off”. Try flipping when the ball is at either edge of the flipper and you will see what I mean (those lock shots on Fantastic Journey? Yeah, good luck hitting those with any sort of consistency).

Table-wise, Fantastic Journey is my favorite layout. It has a ton of modes and good, challenging objectives. However, many of the shots are tough because of some of the issues with the physics. Timeshock seems to work the best with the engine and overall is the most fun to play, but if each of these were real cabs, I think FJ would be the winner of the bunch. I can’t comment too much on BRUSA as I haven’t spent a ton of time with it. I also didn’t play these much on PC, so my experience is with the console versions (currently the original Euro XBOX Pro Pinball Trilogy release for the later three). I owned The Web for the Sega Saturn, but find it very difficult to go back to. The physics are vastly different from the later three games, and not in a good way. The layout is cool though.